We are at a cultural tipping point. Hyper-individualism, postmodern rhetoric that relativizes every truth and narcissistic political posturing exhaust us. More people are dying annually of drug overdoses than in the Vietnam War. America continues to slide on various happiness surveys. Something feels sick in our culture. 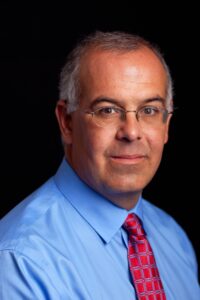 David Brooks’ recent book—The Second Mountain: The Quest for a Moral Life—is a bellwether statement of our malaise and a roadmap to an alternative future. In his view, individualism has run its course. In its place, he posits an ethic of connectedness in deep-seated relationships that are driven by moral purpose.

Brooks’ description of his own transformation was the most intriguing elements of the book for me. In the early part of his career, he was driven by personal accomplishment—what he describes as the first mountain that most of us attempt to climb. Then his marriage fell apart, and he found himself sitting alone in an apartment on weekends, isolated and lonely. His workaholism was not saving him from a feeling that the life he had been leading was lacking an important dimension.

In this void, he started grasping for a new vocabulary—words like soul, spirit, self-transcendence. He began reflecting on his Jewish heritage, but even more importantly, on the joy he had experienced during his teenage years in a Christian summer camp.

This book is an affirmation of spirituality. We are more than material beings, Brooks argues. For him, spirituality is a hybrid of his Jewish heritage and the focus on unconditional love and grace that he finds in Christianity. Brooks rejects the individualistic ethic of self-help gurus who argue that you find yourself—and define yourself—by your choices in a free-market economy of moral options.

Instead, he argues for the role of mediating institutions—including religious institutions—that provide the images and rituals by which one understands and experiences transcendent moral values.

In the individualistic quest for meaning, one may experience happiness of a momentary sort. But deep joy comes from living a life of purpose that transcends individual accomplishment. True joy is found in being caught up in a network of responsibilities that contribute to the common good. The second mountain to climb is one that moves beyond personal desire.

While the structure of Brooks’ book is focused on the two mountains one climbs in personal life—along with big decisions about marriage, job and loyalty to a community—we can also think of these mountains in cultural terms. We have been collectively climbing the mountain of individual rights for the past 50 years. Liberation movements related to women’s rights, racial justice and gender orientation have had numerous benefits.

But the culture also has led to hyper-individualism. We now lack a moral vocabulary to describe our interconnectedness. When you are done deconstructing every institution and moral truth, one is left with fake news. Everything is relative. Finding yourself is great, if you have a deep reservoir of moral mentors from which to draw inspiration. But for many people, there is nothing in their personal well but ego-filled desire. 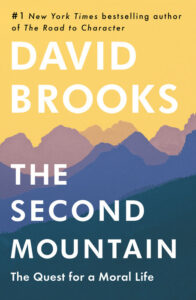 Brooks is not championing a new fundamentalism where you isolate yourself in a rigid ecology of like-minded people. This would be the fear-based communities of Trumpian evangelicals. For Brooks, words like soul and spirit are metaphors that speak to a deeper reality, and they are experienced in rich networks of people working together for the common good.

Communal values embrace compassion, care and love. They help us see beyond “us” versus “them.” These values recognize our common humanity, not the individual status associated with our rank, birthplace or accomplishments.

The liberating chant of Enlightenment philosophers that “God is dead” feels a little hollow at this point in our cultural evolution. While the critique of religious institutions is necessary, we nevertheless seek transcendent values, and oftentimes these are anchored in institutional settings. Trendy movements such as “mindfulness” draw on religious traditions that acknowledge the value of containing egoist desire. But I suspect we are wanting something more than individualistic rituals.

David Brooks’ inspiring, memoir-laced book may be emblematic of the current cultural tipping point. In the midst of our cultural and political divisions, we are seeking a new moral vocabulary. We are seeking moral and spiritual exemplars. We are looking for models of human community that inspire us to become more human because of our moral commitments.

The Center for Religion and Civic Culture (CRCC) at the University of Southern California is embarking on an ambitious project to tell 100 stories of exemplary individuals inspired by their spirituality to ...