Along with the Conrad N. Hilton Foundation and the African Sisters Education Collaborative (ASEC), CRCC convened leaders from the Catholic Church, NGOs, state governments and foundations for “Catholic Sisters: Champions of Sustainable Development in Africa” in Nairobi on October 16 – 19. Participants represented more than 20 countries, including about 125 leaders from congregations of women religious in more than 10 African countries.

Catholic sisters shared their stories of hope and change by showing their congregations’ efforts to provide for their communities, as Global Sisters Report (also a Hilton grantee) reported:

Posters displayed at the conference showcased dozens of congregations’ efforts and how they fit into the SDGs, such as a home and skills training center for young people in Cameroon, a project in Kenya that provides children with disabilities and their families with microfinance and income-generating opportunities, and a home in Zambia to help women who had been alcoholics, divorced or sex workers.

Many of the sisters, leaders of their congregations, were only marginally familiar with the the U.N.’s development agenda before the convening. The convening sought to foster collaboration among the sisters as well as with other sectors working to make progress on the goals.

The Hilton Foundation’s Edmund Cain, vice president of grant programs, described the sisters to themselves and to other potential partners in the room, such as representatives of Worldvision, the Kenyan government and the UN Women Empowerment. Catholic Information Service for Africa reported on his speech:

“The human development aspect of improving the lives of the disadvantaged and the vulnerable is a role that the sisters have done so well for a very long time. This is why our focus as the foundation has been on the sisters. Your high degree of integrity and principle makes you unique,” said Cain.

“Sisters sometimes go to places where even the government cannot go. You work with the poor and poorest and do thankless and invisible work to which you are called by God. This boldness by sisters especially from Africa continues to inspire us,” he added.

At the same time that sisters are already doing the work, learning how to speak the language of SDGs could open new resources and connections for sisters, helping them tell their stories and do their work better.

After introducing the SDGs to the group, CRCC’s Brie Loskota asked all the participants to report back on what SDGs they were currently working on and what they hoped to work on. The vast majority were working on all of the first five goals. 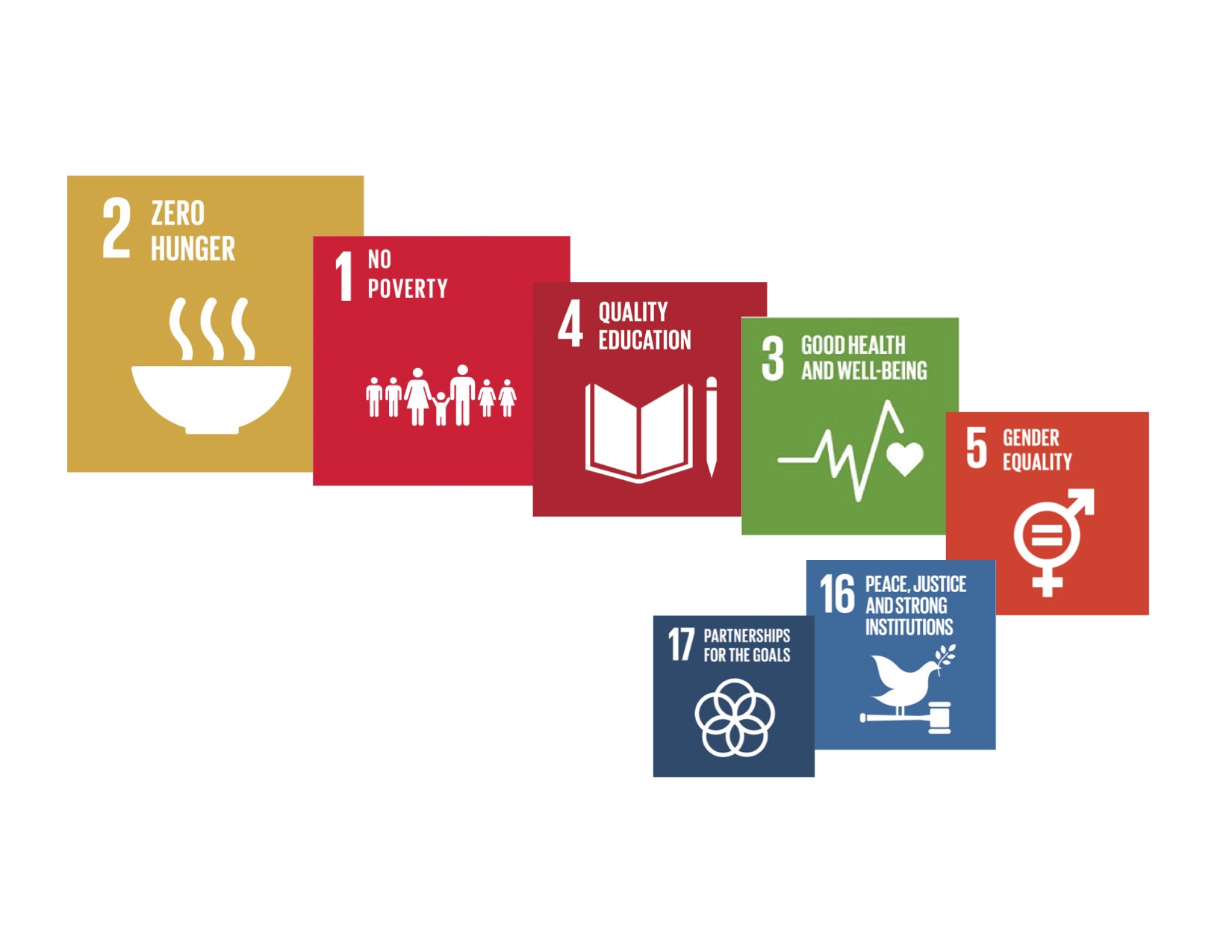 Catholic sisters were particularly interested in doing more on “affordable and clean energy” (goal 7). They brought environmental concerns up as part of a “Think like a sister” panel. Global Sisters Report reported on the discussion of their efforts in environmental protection. Sr. Elizabeth Namphuntha, the superior general of the Sisters of the Blessed Virgin Mary congregation in Malawi, shared how her congregation was promoting sustainability:

“It is so clear that climate affects the poor. A looming example of this is hunger, which is so widespread in some areas. People are hungry and looking for help. The government may try to help by giving people a fertilizer subsidy, maybe 10 or 20 kilograms of fertilizer. But when the soil is already sick from pollution, that is not the adequate solution for people in the village. What happens after the subsidy runs out? The fertilizer may only be $5 per bag, but sometimes these people are making just $1 per month.

For our hunger and education projects, we use compost and organic fertilizers to help the people in the village rehabilitate the soil. They can easily make organic compost because the materials don’t cost anything. And they need this organic fertilizer so they can get a higher yield from their small plots. Hunger mitigation also conserves the environment at the same time. If people don’t have enough food, they don’t have time to plant trees.”

With the international community hoping to achieve the SDGs by 2030, it’s essential that international players connect with those doing the work at the grassroots, the Hilton Foundation wrote in their concluding blog post. Sisters personify the SDGs on a very practical level, said their communications coordinator, Tenille Metti:

It is my hope that, by identifying champions of the SDGs, like Catholic sisters who work at the grassroots level, critics may better understand how the international community can leverage other community leaders and grow even closer to achieving these goals by 2030. We must recognize that Catholic sisters and other stakeholders will be the ones to conquer the naysayers who believe the SDGs to be insurmountable. By uniting with these kinds of community leaders and familiarizing them with their connection to the SDGs, we are establishing a global partnership where all players are pursuing the same agenda to improve sustainable development for the world.

The event ended with Mass and a song where the sisters carried candles outside to declare they were not afraid:

The Global #Sisterhood. #Catholic sisters from all around #Africa sing together “Do not be afraid” as they go forth from #HiltonFoundConvene on #catholicSisters, champions of Sustainable Development with @hiltonfoundation and African Sisters Education Collaborative. #SDGs #ministry #singing #worship #faith #service

He was many things rolled into one: A committed community peace builder, a passionate promoter of religious tolerance and a tireless advocate of free education for children. Above all, Edmund Kaszibuloh Koroma ...
Innocent Eteng