Change Is Happening in the Catholic Church, Just Not on Holy Thursday

Change Is Happening in the Catholic Church, Just Not on Holy Thursday

This post originally appeared on On Being with Krista Tippett.

Even when I feel disconnected from my faith, Holy Thursday draws me to church. The call to follow Jesus’ example and wash one another’s feet speaks to me, a marginal Catholic more interested in service than doctrine.

I was not impressed, though, when the Vatican announced that the Holy Thursday foot-washing ritual would be open to women. The move merely codified a common practice — even Pope Francis has washed women’s feet — and not a terribly innovative one at that.

Still, change is happening in the Catholic Church: laypeople are increasingly taking on the work of washing feet every day. A real revision in the Holy Thursday ritual would reflect this trend.

In the Catholic Church, change often happens from the bottom up, with the hierarchy eventually providing a stamp of approval. The U.S. bishops, for instance, approved women’s inclusion in the foot-washing ritual in 1987. In doing so, they acknowledged that the practice already had “become customary” over the previous decade or more. 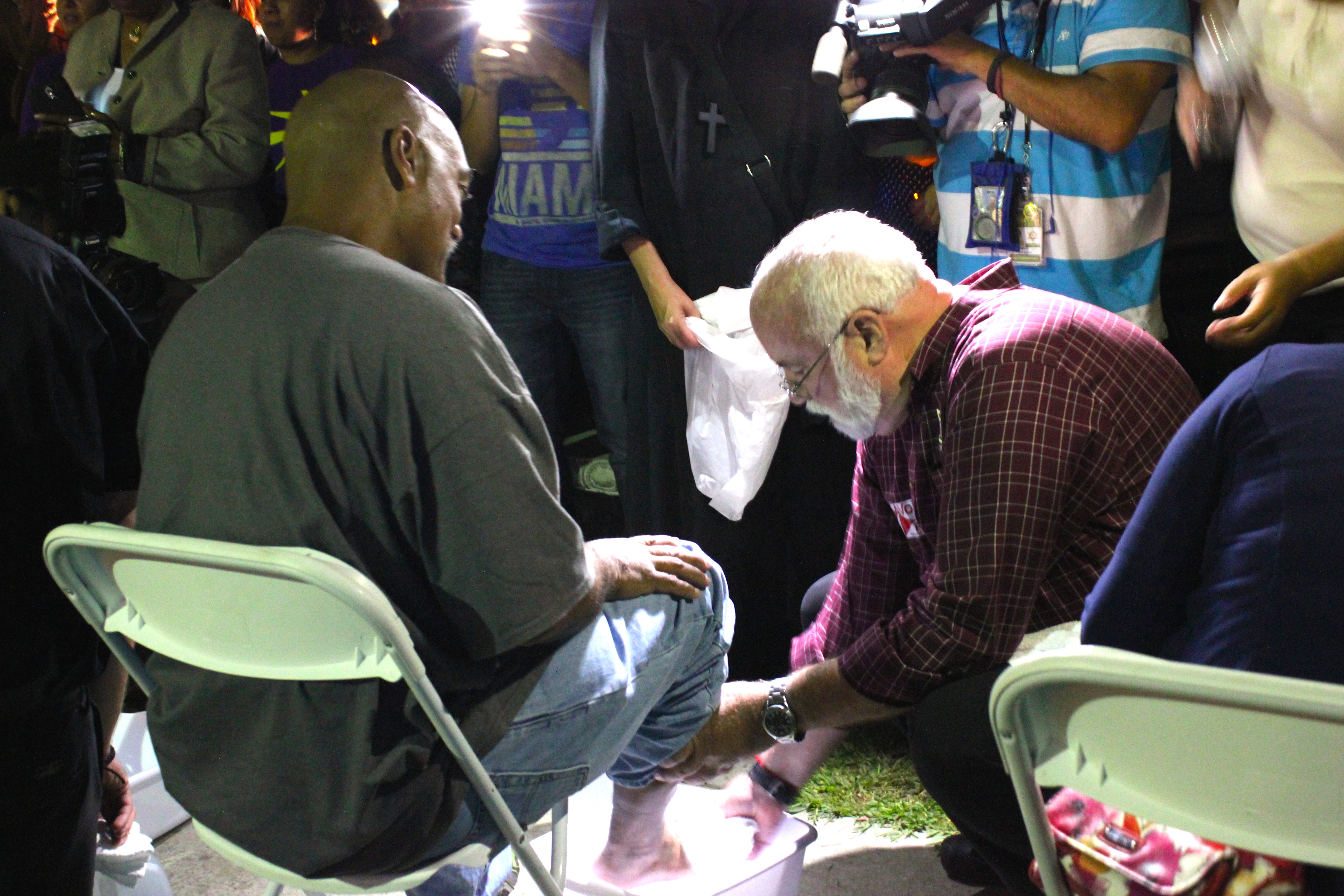 Father Greg Boyle, founder of Homeboy Industries, washes the feet of a man at an interfaith gathering in Los Angeles put on by L.A. Voice.

As a layperson who works for the U.S. bishops recently told me, the hierarchy doesn’t react to anything until there is a groundswell.

And since the Second Vatican Council, there has been a groundswell in lay Catholics taking on leadership in the church, whether in hospital systems, high schools or parishes.

According to the Center for Applied Research on the Apostolate, nearly 40,000 lay ecclesial ministers work in U.S. parishes, and 80 percent are women. At one Los Angeles parish, I’ve heard parishioners referring to a woman as their “pastor.” She has not replaced the priests, but by running the parish’s day-to-day operations, she frees them to focus on other ministries.

This phenomenon isn’t just American. In the developing world, the ratio of Catholics to priests is much higher than in the U.S., and one priest may oversee multiple communities led by laypeople.

The Archdiocese of Chicago is moving in that direction, recently announcing a reorganization process in which some parishes will close. Patrick Reardon, a member of a lay advisory group, sees it as an opportunity for laypeople, religious sisters or brothers to run parishes.

The Vatican newspaper recently suggested that rules prohibiting laity — and women specifically — from preaching could change, too. Many priests already skirt the restrictions, saying a few words about the gospel reading before introducing a layperson to give a “reflection” within “his homily.” The Rochester diocese had lay preachers for decades.

Such developments irk conservatives, who fear encroachment on the male priesthood. Bishop Robert C. Morlino of Madison, Wisconsin, for instance, banned women from the foot-washing ritual until Pope Francis’ recent announcement, and he told priests that they still don’t have to include women or even perform the ritual at all. Some parishes in his diocese don’t allow female altar servers, and in 2009, he fired a lay minister whose dissertation argued for gender-inclusive language in liturgy. 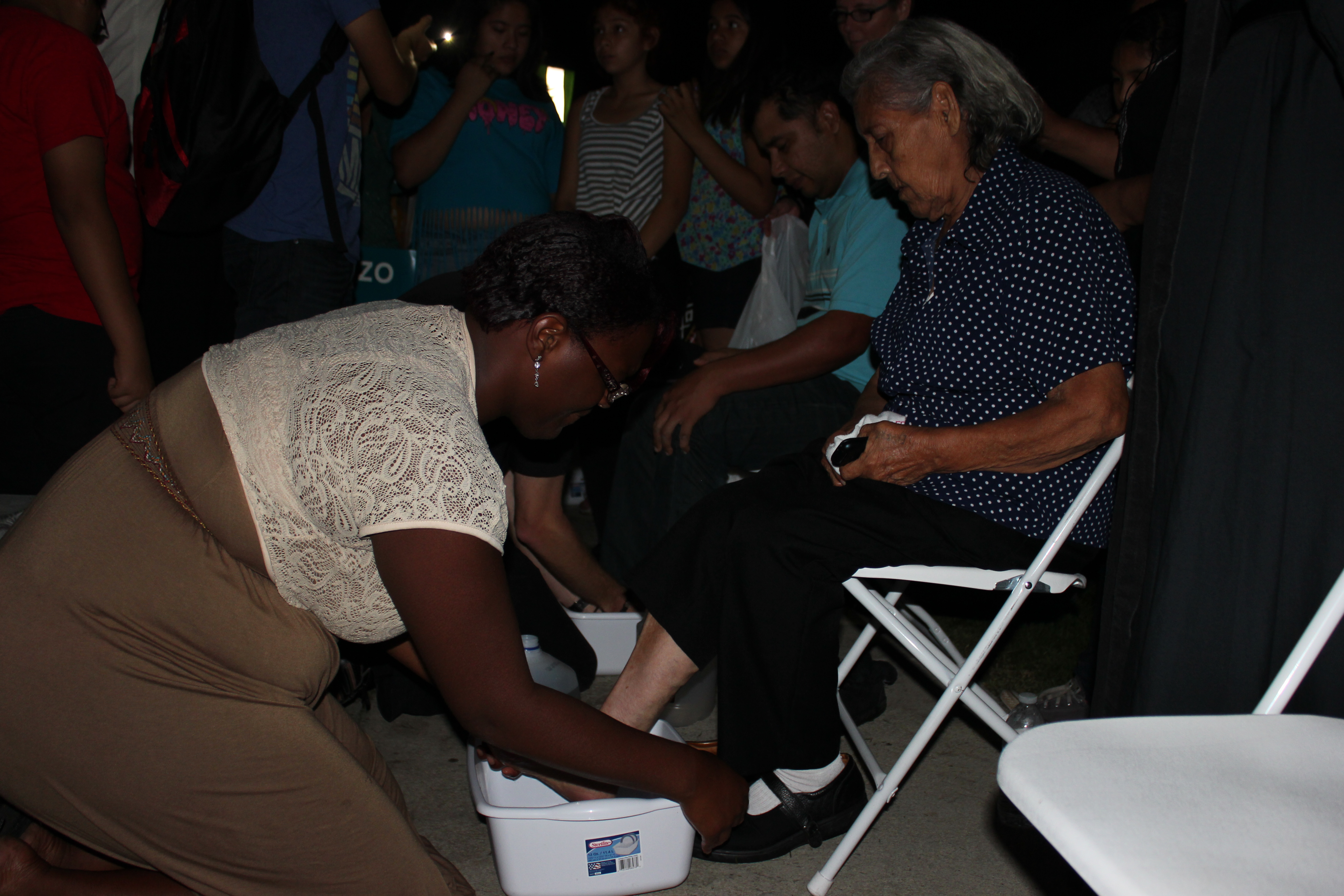 At an L.A. Voice interfaith gathering in Los Angeles in October, 2015, faith leaders, immigrants, former inmates, and low-wage workers gathered to participate in a foot-washing ritual.

Debates about the priesthood, however, do not eliminate the need for — or the good of — an involved laity.

“The commandment to fraternal love binds all the disciples of Jesus without any distinction or exception,” Archbishop Arthur Roche said in a commentary on the foot-washing changes.

The Holy Thursday ritual could underline this idea.

When I was young, my parish opened up the foot-washing service to everyone. One by one, we’d have our feet washed and then turn around to wash the feet of the person behind us. Even at a young age, the ritual was profound, instilling in me the importance of showing “the tangible love of our neighbor,” as Roche said.

The gesture speaks not only to Catholics who dedicate their lives to ministry, but also to those of us on the edge of the church and even to non-Catholics. After Pope Francis’ U.S. visit last fall, L.A. Voice held an interfaith foot-washing service in which anyone, from ministers to former gang members, could wash feet.

Every year, I return to Holy Thursday mass hoping to rediscover this empowering symbol of church. I typically leave uninspired.

This year, I plan to attend an Episcopal church’s foot-washing ritual where everyone participates. Perhaps it can motivate me to be a more active Catholic.

Megan Sweas is the editor and director of communications with the USC Center for Religion and Civic Culture.