This article was originally published on Religion News Service, with the support of CRCC’s global project on engaged spirituality.

CARTAGENA, Colombia (RNS) — In Isla de León, an hour’s drive through traffic-choked streets from this city’s Caribbean resorts, the unpaved streets are full of life as the sun begins to set. People sit outside their small houses made of thin wood planks, visiting with neighbors and watching their children run past.

Among the neighborhood’s 4,000 or so residents are those displaced by Colombia’s decades-long conflict between Marxist guerrillas and government-supported paramilitary groups. Even now, six years after a cease-fire was signed, some 75,000 Colombians were forced from their homes last year. Others have migrated from the failing state of Venezuela. Most end up in barrios like Isla de León, making a living in the gray economy as street vendors or in other jobs that don’t show up on government tax rolls.

But scattered through the barrio of late are sturdier houses made of concrete. Some families here have ecological toilets out back and a few lamps illuminate the streets as darkness falls.

“These lamps change the quality of life significantly,” said Merlys Voldez, 42. “Children can play in the evenings. People can go to the shop if they need without being worried that somebody or something will hurt them.” 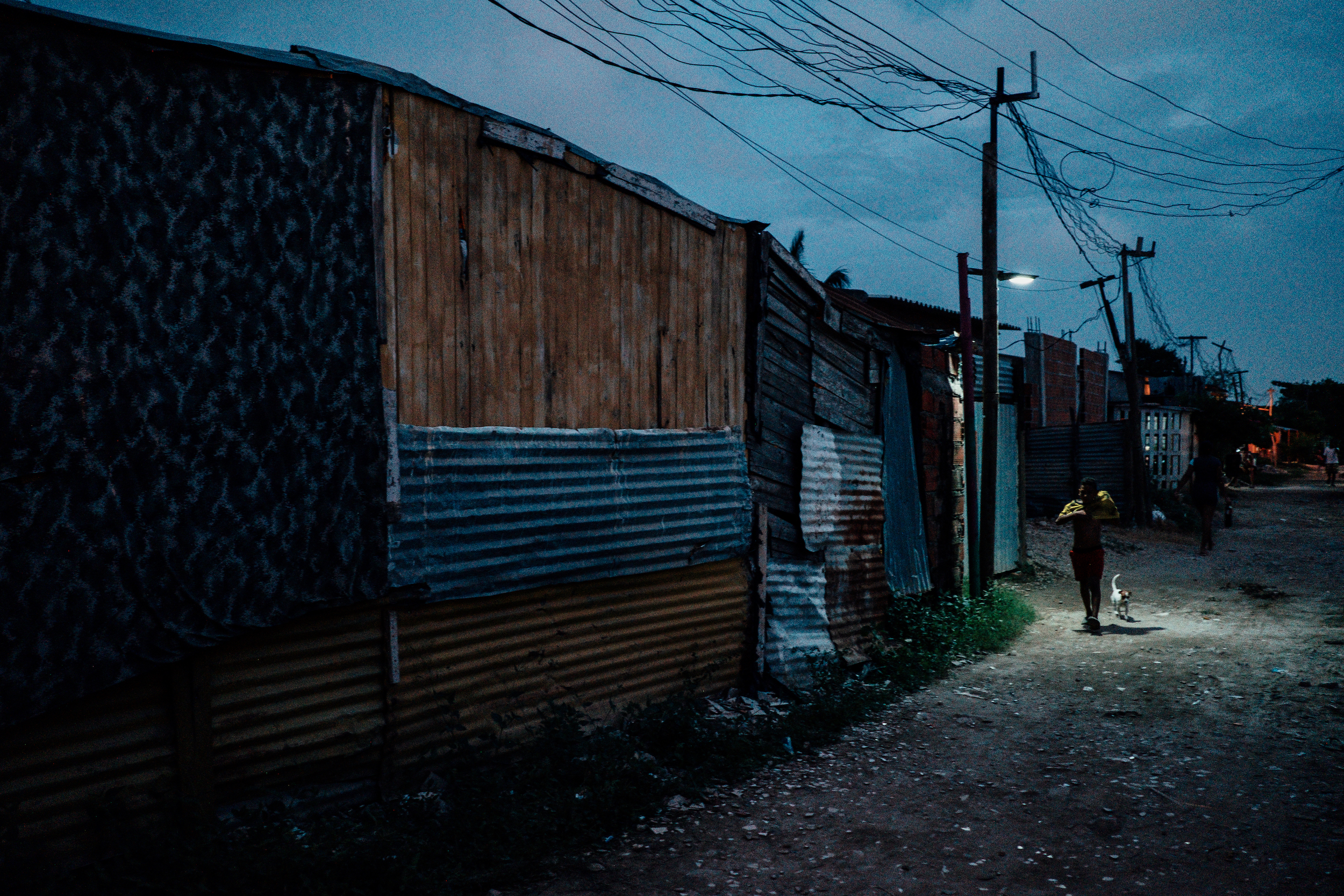 A man passes below a street light at dusk in the Isla de León neighborhood of Cartagena, Colombia. Photo by Noel Rojo

A number of these improvements are the work of Tierra Grata, a nonprofit founded in Cartagena in 2015 to bring essential services to people in remote areas of Colombia. The organization focuses on providing impoverished areas such as Isla de León with clean water, sanitary systems and electricity. The latter, mostly in the form of solar, brings not only light to homes and streets but charges cellphones and makes internet use possible.

Tierra Grata’s co-founder and CEO Jenifer Colpas Fernández, 32, who started developing the idea for the organization a decade ago, had to leave her native Colombia to recognize its problems — and to see that there were solutions.

“I did not know I grew up in the country that was at war,” Colpas told Religion News Service. Colpas’ family did not talk about the conflict to their children. “I was not aware until I was 21 and traveled to India,” she said, to spend a year as a marketing intern in an information technology company. There she awoke to the presence of poverty she had never experienced in Colombia.

“Being in India made me realize that there were other realities. When I came back to Colombia in 2015, I started exploring them.”

She volunteered in her home country and abroad and often went with other volunteers to Isla de León. When the United Nations set out 17 sustainability development goals in 2015 to extend the expiring agenda known as the Millennial Goals, Colpas and some of the young people she had been working with took up the challenge, concentrating on goals no. 6 and 7: clean water and sanitation, and affordable and clean energy.

Since 2015, Tierra Grata, with fewer than a dozen staffers at a time and all of them under 30, has served more than 12,000 people, collecting a Goalkeepers Global Goal Award by the Gates Foundation and a Green Award of Latin America, among others. Colpas was named a CCN Hero in 2021.

Colpas just returned from a year in England on a scholarship to study social development in the U.K., but even while she was away, her indomitable insistence on aiding those in remote villages was still present in Tierra Grata. Making a visit to Silverio, a village an hour outside Cartagena, a taxi pulled over by the side of a highway where the paved road ended. The driver said his vehicle wouldn’t make it farther through the mud. Luis Castellanos Otero, 25, a social worker for Tierra Grata, led the way on foot, his shoes sinking into the slurry of the road. 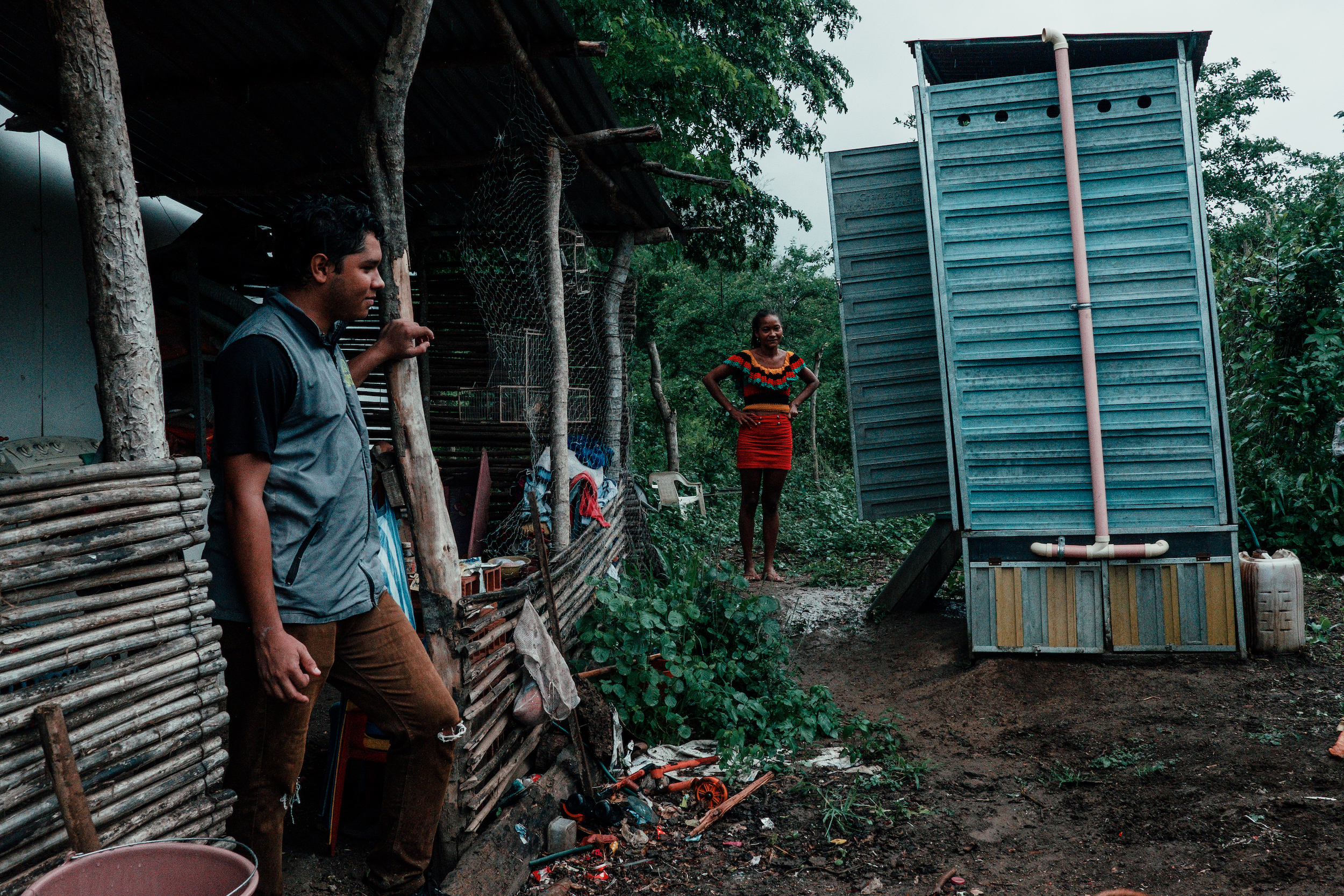 Luis Castellanos Otero, 25, a social worker for Tierra Grata, and Sandra Campo checked on her ecological toilet during a visit from Tierra Grata in Silverio, Colombia. Photo by Noel Rojo

In Silverio, Sandra Campo, a thin Afro-Colombian woman who lives in a small wooden house about 10 minutes’ walk from the highway, recalled how Colpas came to Silverio once when “the road to the village was all muddy.”

“Jenifer did not complain, she took off her shoes and continued barefoot,” said Campo. ”If she could find a solution to achieve her goals, why cannot we women from the village?”

Colpas herself said she is inspired by the resilience of the communities she helps and by Indigenous people and their view on Mother Nature. “The earth gives you everything you need, and so I thank the earth with a bathroom that does not use water or with a solution for renewable energy.”

Colpas, who was raised Catholic but said the faith today provides her more doubts than answers, said her time in India caused her to explore other beliefs. “I went to India with a Bible in my backpack,” she said. “In India, however, I saw that God could be anything. It can be an elephant, a blue doll, a son, whatever you decide to believe in. That changed my view. I believe in God and that can be whatever form one gives it, but I don’t believe in any religious institution.”

Catholicism, with its emphasis on growth through suffering, couldn’t help her because, she said, “I have never felt that I’m someone who is suffering.”

In India, Buddhism drew her attention for its practicality. “Meditation connects me with my inner self,” she said. “Buddhism gives you practical lessons with real people who are not God. It is easier to be like someone who went through similar experiences, who is still here, writes books and teaches, than to follow somebody from thousands of years ago.”

In the end, she chose the best of each religion for herself. “I wake up some days and pray. Other days I meditate. I have moments of silence; I listen to music that might sound like church music. In fact, I go to church to meditate.”

Colpas considers gratitude her daily spiritual practice. It has also become one of the main values for the Tierra Grata team. The Wi-Fi password to the internet network in the organization’s office is “gratitude.”

Colpas says she is grateful to have survived the dangerous situations her work involves. In one case, local landowners were threatening a group of displaced people, but because they were living without electricity, Tierra Grata’s team went to help. “It was the only time we involved police to go to the community — which could also be dangerous,” she said. 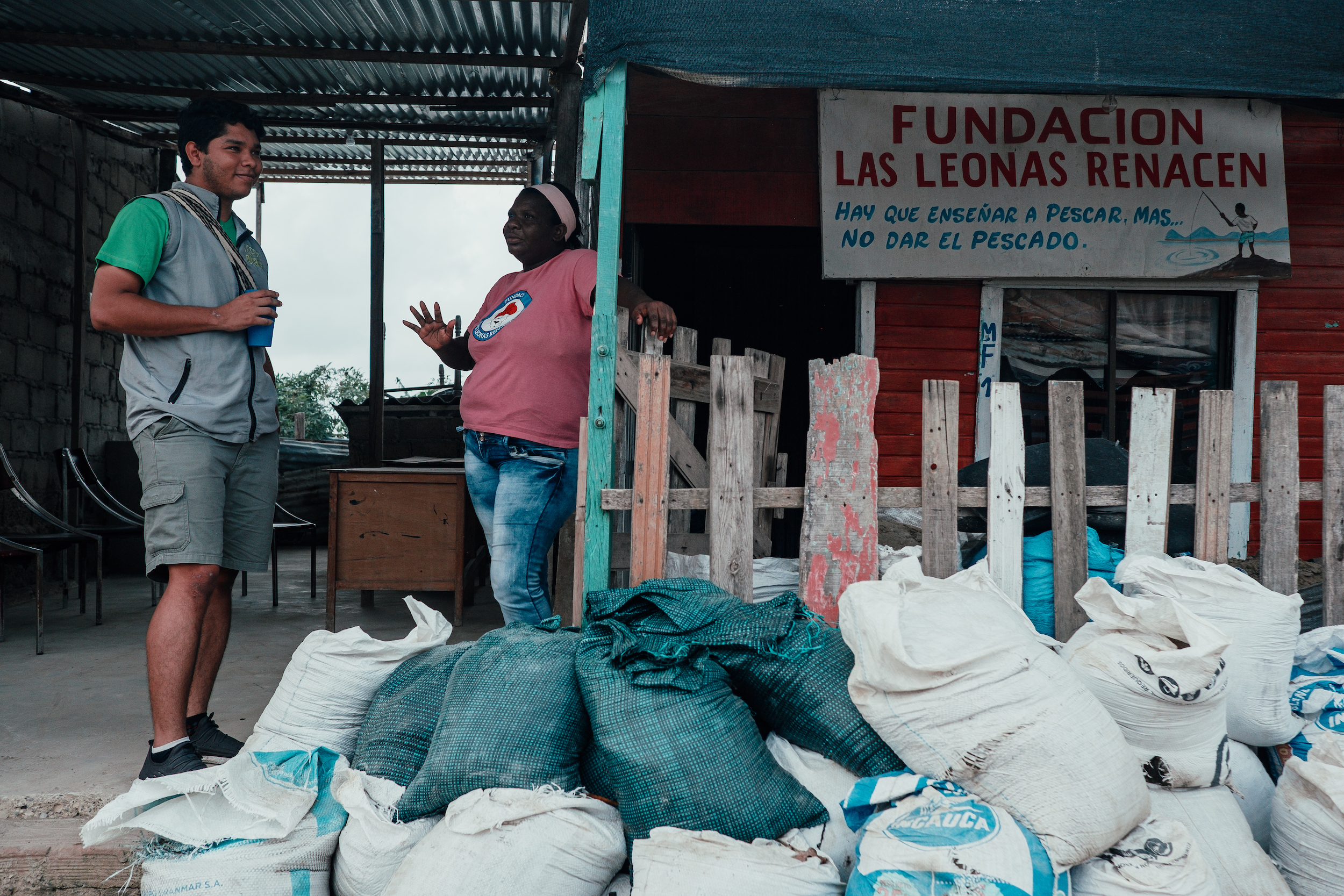 She admits that, with all of Tierra Grata’s success, she has to remind herself to let go of her ego. According to some of the organization’s beneficiaries, Colpas is successful at that, too.

“What I like about Tierra Grata is that they have not lost their ‘north.’ They continue their fight,” said Voldez.

For Colpas, the reward is in improving lives. “Thanks to our solutions, people start dreaming, instead of having a life where you just wake up to survive the next day,” she said.

Click here to read the article on Religion News Service.

By Caris White Caris White is a student at Dartmouth College with interests in religion and art history. The following blog post was an independent project she worked on during a summer ...
CRCC in the News

This article was originally published by Religion Unplugged, with the support of CRCC’s global project on engaged spirituality.  CHICAGO — By his own telling, as a young man Eboo Patel was something of a ...
Kimberly Winston
Read this next