The Rev. Dr. Cecil L. “Chip” Murray announced his retirement from his second career—as Tansey Professor of Christian Ethics and chair of the Cecil Murray Center for Community Engagement—at the University of Southern California. Since his arrival at USC in 2004, Murray trained about 1,000 faith leaders in the “Murray Method,” equipping them to transform their communities, as he had helped to transform South Los Angeles in his first career as a pastor.

“To culminate my years of work as a USC Trojan is the exclamation point of my life!” Murray wrote in his resignation letter, expressing his gratitude to his friends and colleagues.

The Center for Religion and Civic Culture, which houses the Murray Center at USC, celebrated his retirement days ahead of his 93rd birthday.

“When we think of Reverend Murray’s time at USC, what might stand out most is the spirit in which he worked. He has always been a bridge to our neighboring communities. And his work is always guided by kindness and inclusion,” USC President Carol Folt said at his retirement party, thanking him for a long career spent lifting up those around him.

Before he arrived at USC, Murray served as pastor of First African Methodist Episcopal Church (FAME), the oldest Black church in Los Angeles, and helped lead the city through the 1992 civil unrest. The acquittal of police officers charged in the Rodney King brutality trial had sparked one of the most destructive episodes of urban violence in U.S. history. In the weeks leading up to the verdict, Murray used his connections with the office of Mayor Tom Bradley as well as with faith and private-sector leaders to lay the groundwork for strategies to quell the rage he knew an acquittal might unleash. When his worst fears were realized, he stepped into the fray to conciliate between rioters and police. 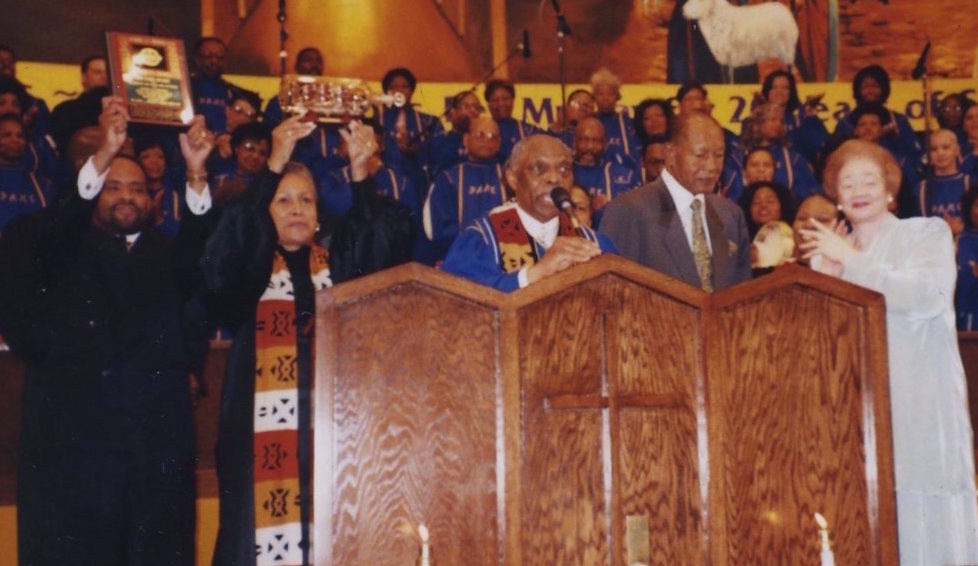 “While many famous preachers have roots in Southern California, Chip Murray is unparalleled in his ability to mobilize the city of Los Angeles to heal the inequities related to race and income inequality,” said Donald E. Miller, the Leonard K. Firestone Professor of Religion at USC and co-founder of the Center for Religion and Civic Culture. 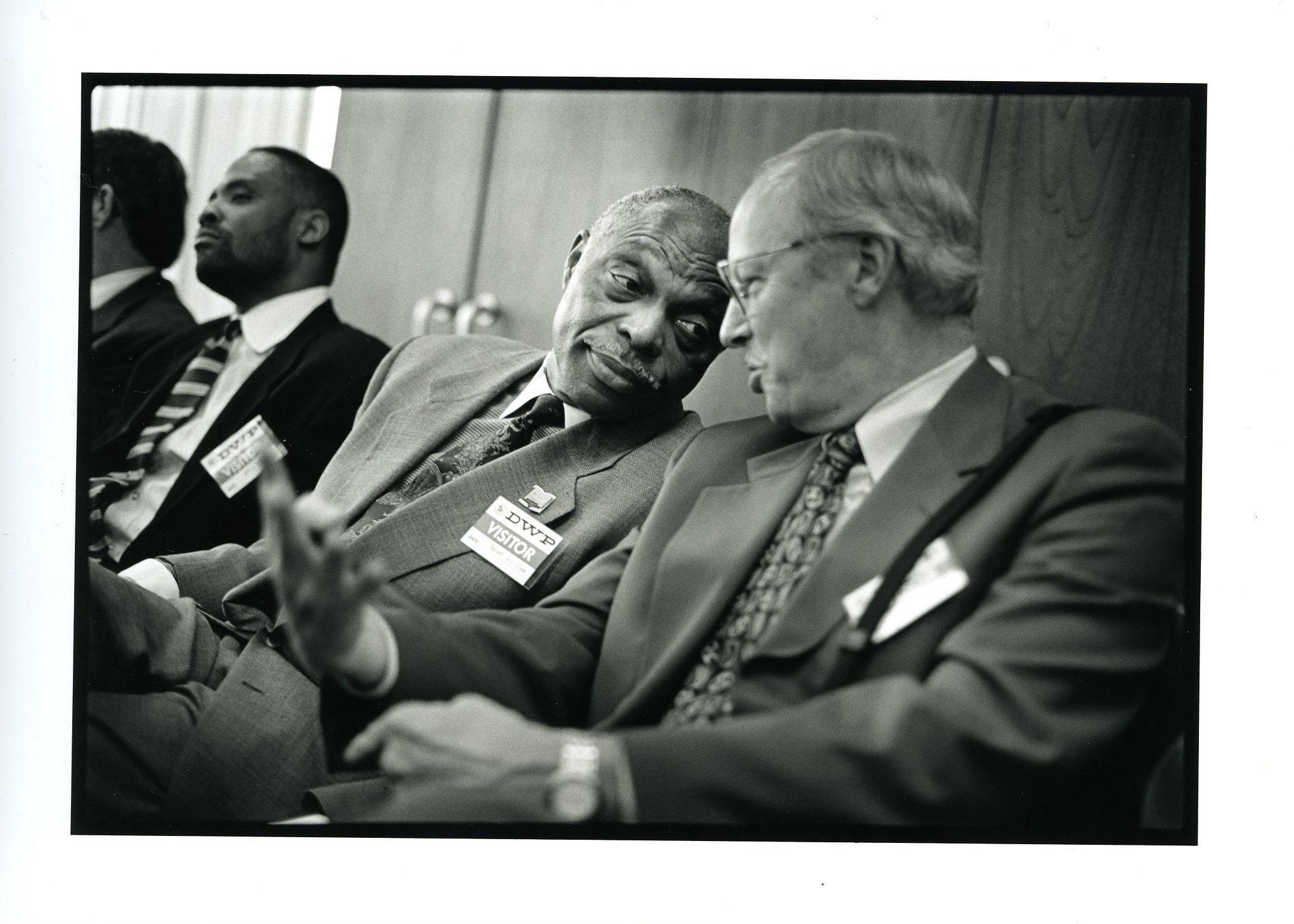 Murray was the first person Miller interviewed in the aftermath of the unrest, seeking to understand the role of faith communities in rebuilding the city following the unrest. That research led to the founding of CRCC.

“First AME Church had already established a reputation, and corporations were seeking a way to invest in low-income neighborhoods, one that had integrity and a track record,” Miller explained. “Chip Murray’s prophetic preaching, combined with a choir and organ that could rock the rafters of the church, were the foundation for the establishment of FAME Renaissance, the non-profit investment arm of the church, which took a leading role in rebuilding South LA.”

FAME Renaissance brought $400 million in investments to L.A.’s minority and low-income neighborhoods, and Murray used his influence with City Hall and beyond to advocate for solutions to the social and economic ills that had spawned the unrest.

In 2004, when Rev. Murray reached the retirement age of 75 within the AME Church, he joined USC’s faculty at the invitation of the president and provost. 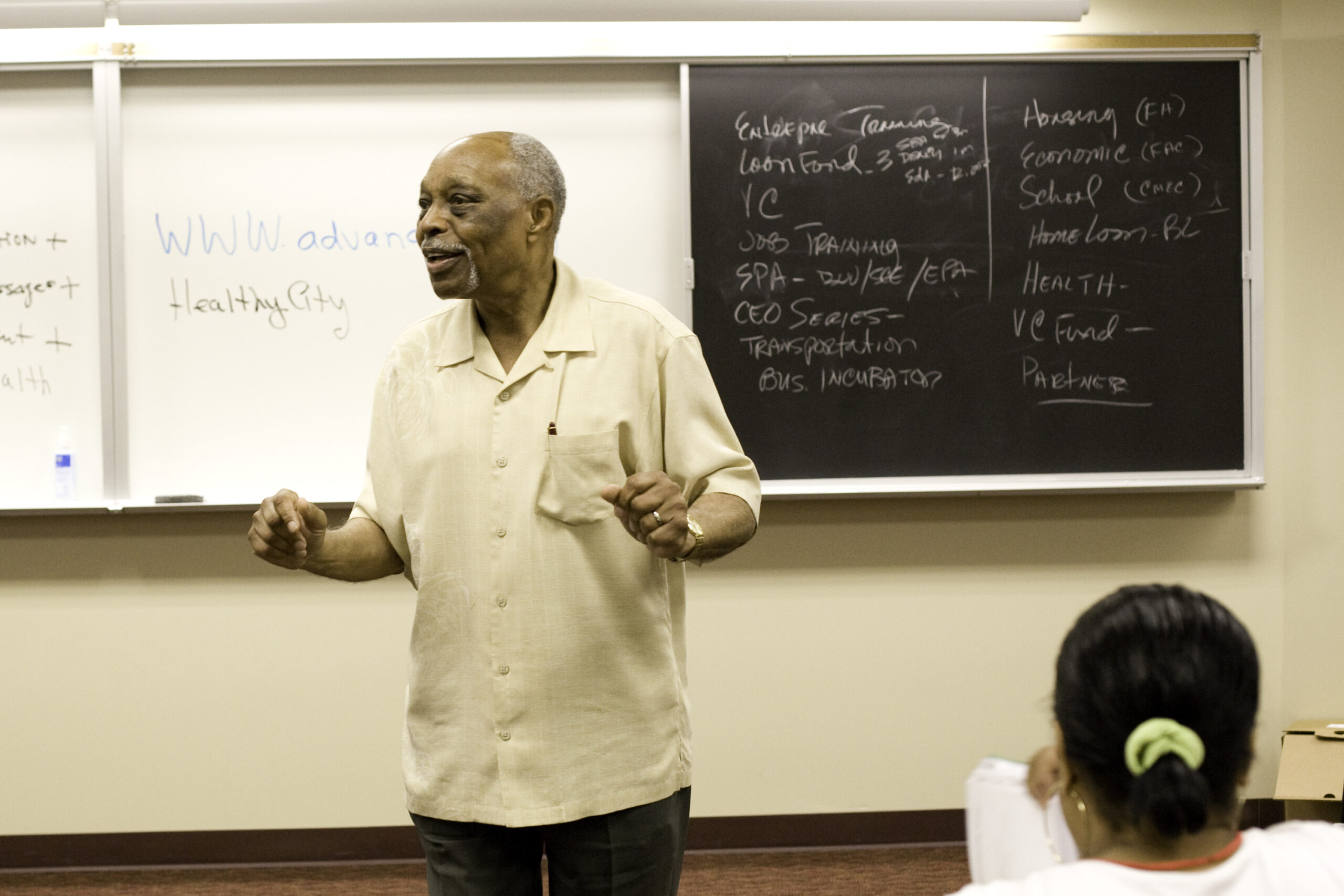 The Rev. Dr. Cecil Murray teaches faith leaders through the Passing the Mantle program at University of Southern California in 2008.

At USC, Murray started the Passing the Mantle program, which would become the Murray Center at CRCC. Through the Murray Center, Murray led initiatives that engaged lay and pastoral faith leaders in developing projects to serve their communities. 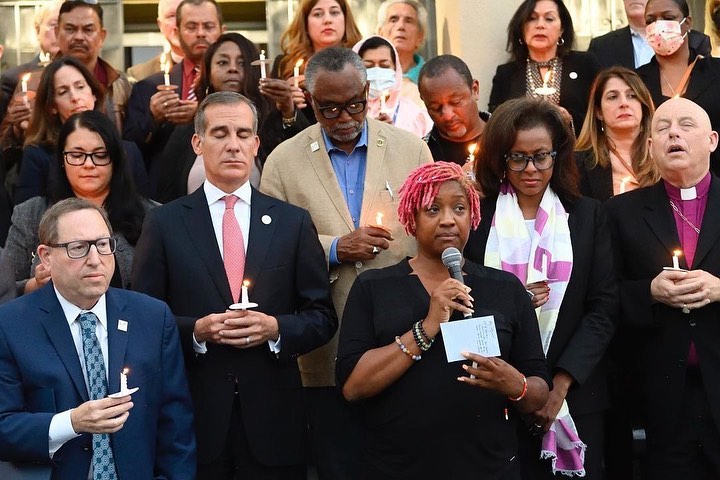 “Dr. Murray’s impact is seen through the myriad of faith leaders, activists and local politicians who are doing the work of community development and public policy today,” said the Rev. Dr. Najuma Smith-Pollard, who now leads the Murray Center’s programming, pictured with the microphone alongside LA Mayor Eric Garcetti and other leaders in 2022. “He helped make Los Angeles a model of effective and pluralistic faith-based civic engagement.”

Moreover, he leaves a lasting legacy at USC. “Rev. Murray’s efforts to improve communities and individual lives in Los Angeles is a core reason for the existence of the Center for Religion and Civic Culture,” said Richard Flory, CRCC’s executive director. “His presence and activities in the city inspired the initial research project that set the agenda for CRCC, and his approach continues to inspire both our research and work in the community. The Murray Center remains a core part of how CRCC conceives of its task of helping faith and community leaders become full partners in the work of positive social change.”

CRCC also hosts the Murray Archive, a collection of sermons given by Rev. Murray during his 27 years at FAME.

The Rev. Dr. Najuma Smith-Pollard hosted a conversation with Ida Puliwa, a social entrepreneur and community organizer from Malawi and a “Spiritual Exemplar,” profiled as part of the Center for Religion and ...
Article

In the rugged landscape of the Kotayk Province of Armenia, Geghard Monastery rises from an amphitheater of steep cliffs like a revelation. Even the long trek to the monastery complex, surrounded by ...
Priyadarshini Sen
Read this next

Rev. Dr. Cecil L. “Chip” Murray served for 27 years as pastor of the historic First African Methodist Episcopal Church (FAME) in Los Angeles and guided Angelenos through the trauma of and ...