This article was originally published by the KAICIID Dialogue Centre, with the support of CRCC’s global project on engaged spirituality.

Inheriting a father’s legacy is never easy — especially when that father was the first democratically elected Indonesian president in a generation. 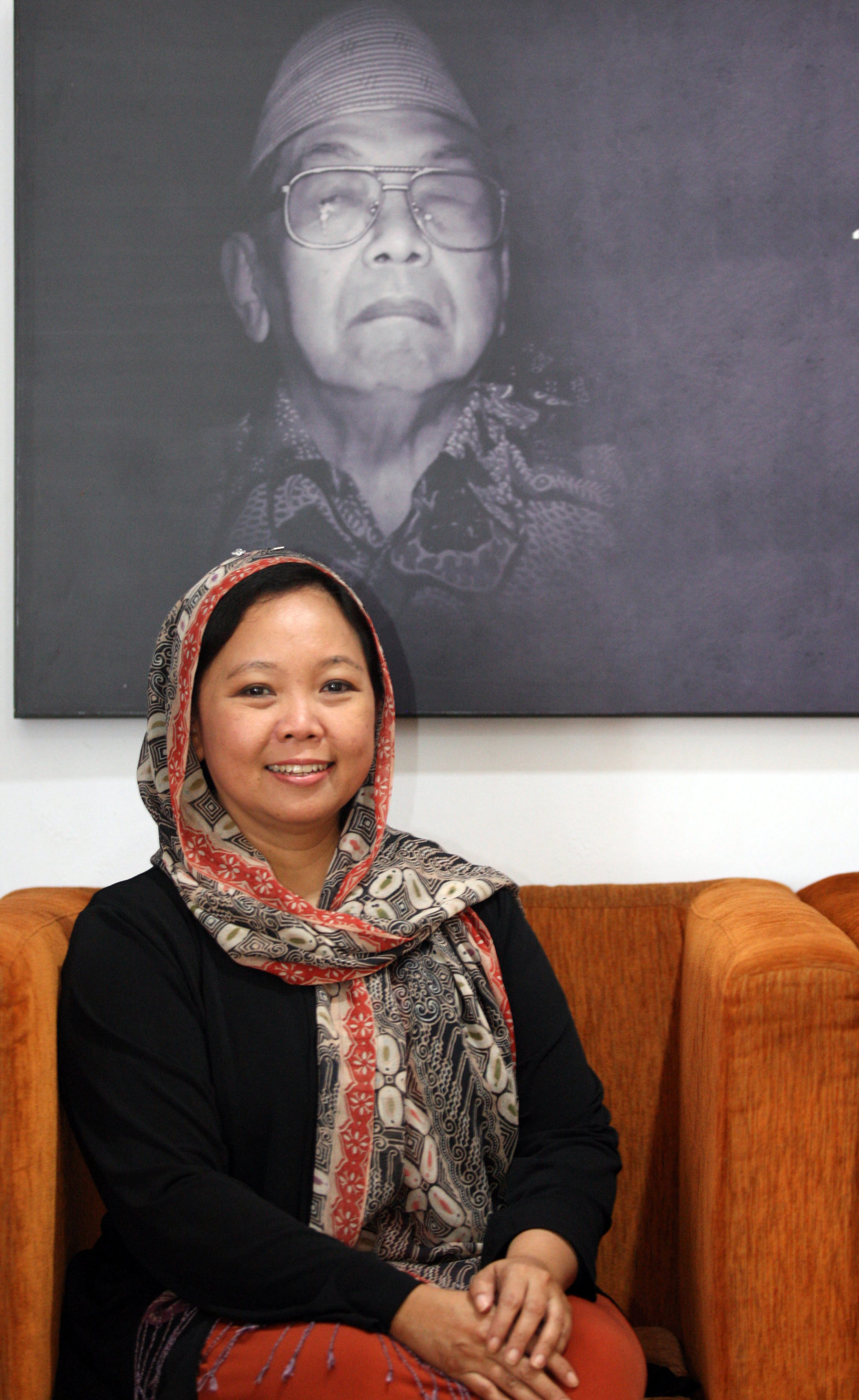 While president of Indonesia for only two tumultuous years, Gus Dur’s legacy endures beyond his time in office. Upon his passing, people from across Indonesia’s religious and political spectrums felt a deep, personal sense of loss for a much-loved humanitarian whose compassionate activism transcended religious boundaries.

For 2017 KAICIID Fellow Alissa Wahid, 49, being Gus Dur’s daughter, not to mention the granddaughter of one of the founders of Nahdlatul Ulama — which with somewhere between 40-60 million members is the largest Muslim organization in the world — it is quite the legacy to live up to.

“You can imagine what kind of expectations I was born into,” she said with a portrait of her father hanging behind her, “it was this huge burden.”

Even so, she channelled her family’s legacy into pioneering an interreligious movement of her own: the Gusdurian Network Indonesia (GNI). Founded in 2010, GNI works with grassroots-level activists across Indonesia to promote interreligious reconciliation, active citizenship, democracy, and human rights.

It is hard to measure the full extent of the organization, as they have no formal membership structure, but it has chapters in over 114 locations across Indonesia — and international chapters in places like Malaysia, the UK, Saudi Arabia, Germany, the Philippines, and Egypt. On Twitter, GNI enjoys 235,000 followers alongside Wahid’s 449,300.

As GNI’s National Director, Wahid has been at the forefront of fighting for religious minorities’ rights in Indonesia, promoting a vision of interreligious exchange between Muslims and non-Muslims, and seeking to build on, and extend, her forebears’ legacy.

“Who Will Protect Us?”

For Wahid, the journey to being a public servant was not self-evident. While her sister — popularly known as Yenny — went into politics and took up the job of directing her late father’s research centre (The Wahid Institute), Alissa initially shunned the public eye.

But when her father passed away in 2009, representatives of various religious minorities came to Wahid’s house to pay their respects. They also shared their struggles and asked her to intervene.

“They said things to me like, ‘now that your father has passed away, who should we come to when we suffer? Who will protect us?’” she said.

“In those moments, I thought back to what my father always told us — ‘you have to realise your capacity,’ he always said we could live whatever lifestyle we wanted, but we could not abandon our calling.”

GNI’s extensive network has allowed Wahid not only to promote pluralism in Indonesia on a large scale, but also to mobilise people locally to protect marginalised communities when they come under threat.

In 2010, Wahid was sipping on a latte in Starbucks when she received a notification about an attack on a West Javan village. Largely inhabited by Ahmadis — a denomination considered “non-Muslim” by religious hardliners — assailants descended upon the village as part of a spate of vicious attacks across Indonesia. The Ahmadis feared for their lives.

The message Wahid received from 500 kilometres away not only communicated the danger but expressed the hope that Gusdurians would come to their aide. Wahid dropped the latte and sprang into action, finding Gusdurians in the area and connecting them to village residents.

The network not only responded, they formed a protective, human barrier around the village — literally standing up for the ideals of religious pluralism and freedom Wahid’s father championed.

It was a tipping point for the organization. And for Wahid. “I realised then that this work isn’t just nice talk,” said Wahid, “this is about defending freedoms, protecting people, especially vulnerable groups.”

The Persistent Pursuit Of Elusive Justice

Since those early days, the organization’s prominence, and Wahid’s convictions, led her to wade back into politics. The rise of religious extremism in Indonesia worries many members of government and in recent years, they’ve increasingly called on Wahid to help address the popular shift to the right.

During her KAICIID fellowship, Wahid came to see again how influential religious leaders can be.

“Many things can be mobilised by using religion,” she said, “religion can be a good thing or also misused as a tool for conflict.” 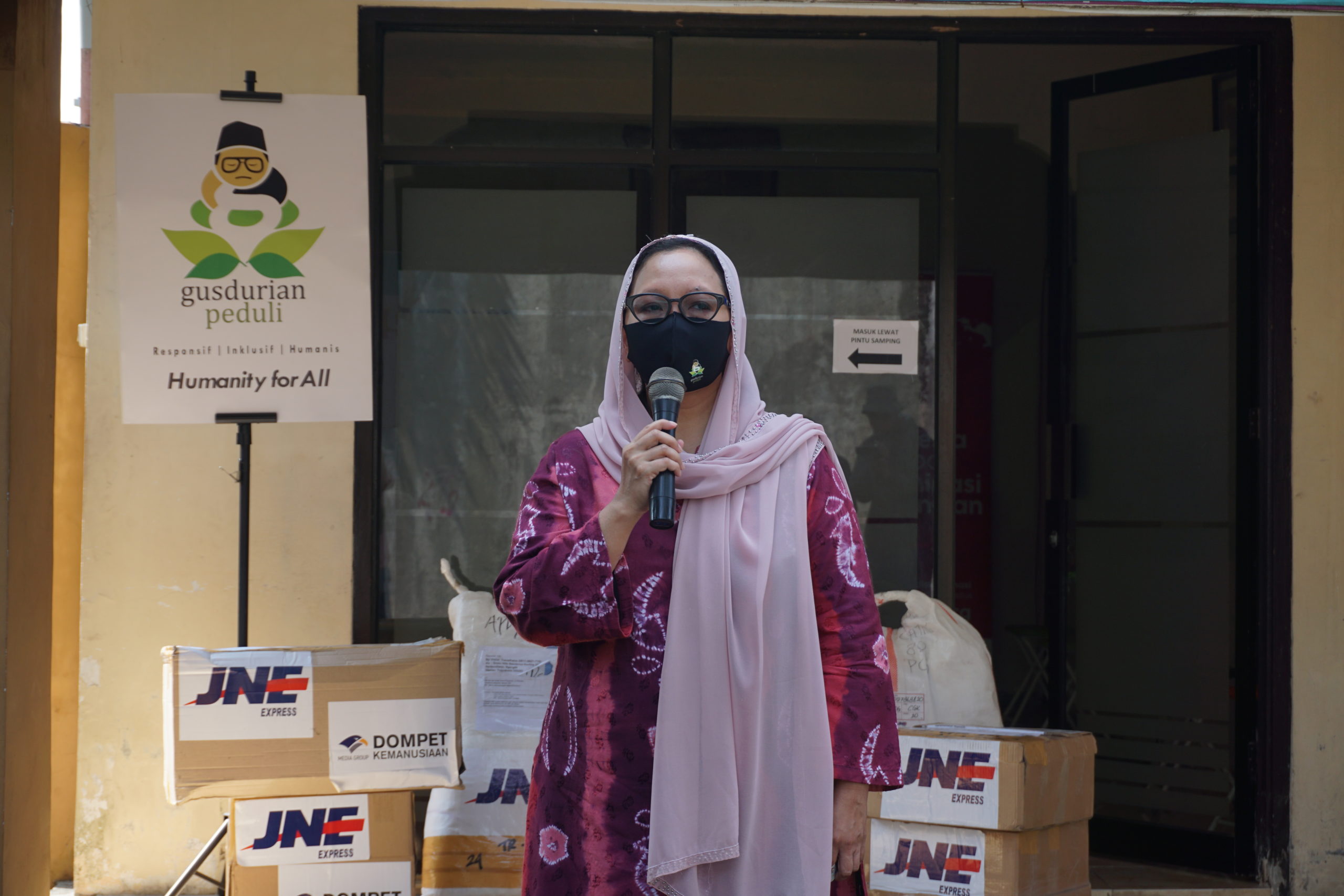 And so, during her fellowship, Wahid began working on government projects to advocate for more interreligious dialogue and “not only promote peace,” she said, “but advance religious moderation.”

Along with other KAICIID Fellows, Wahid saw how interreligious dialogue “is really needed to get some misperceptions, misunderstandings, and prejudices out of the way so we can go ahead and think of a better world.”

Nonetheless, Wahid and GNI continue to face opposition from traditionalists and hardliners in Indonesian society and government. The battles that her father fought are persistent, said Wahid, and she knows they will not go away without perseverance.

“You don’t have to like the work, just focus on the result you’re trying to get,” said Wahid, “politics is like dancing: One step forward, two back. Justice is elusive, but always around the corner.

Although she admits that there is still a long road ahead, she is pleased to see how her father’s ideas and legacy are not forgotten, but perhaps thriving more than ever before.

“At the highest levels of government, we have been talking about interfaith cooperation, about respect, about bringing a more just perspective into religious lives,” said Wahid, “the real achievement will be to take that talk and establish social, physical, and psychological space where people can come together based on principles of justice and humanity.”

When all is said and done, Wahid hopes GNI’s legacy will be one of long-term “social transformation.”

Recognition In Indonesia And Beyond

Despite setbacks, people in Indonesia and abroad have recognised what GNI has already accomplished. In 2018, GNI received Taiwan’s Asia Democracy and Human Rights Award and in 2020, they were named the best social media movement by one of Indonesia’s largest news agencies.

Manjid Achmad, professor at Gadjah Mada University in Yogyakarta who researches interreligious dialogue, said GNI and Wahid show how to promote religious pluralism and effectively protect minority rights, “not by fighting against or solving these common problems by itself, but inspiring others to solve them,” he said.

Pointing to how Catholics, Protestants, Hindus, Buddhists, and others are all part of the network, Achmad said, “the more actors that are doing this, the better for Indonesia.”

Indonesian scholar Aan Anshori and GNI member added his own personal perspective: “I’ve learned many things through her work: integrity, modesty, and courage, she is a spiritual leader for us, showing us the path that requires sacrifice for defending the oppressed,” he said, “Alissa is not only Gus Dur’s biological daughter, but an ideological one.”

In that, Anshori said, she carries the legacy of her predecessors well.

Ken Chitwood is a journalist fellow with the Spiritual Exemplars Project.

This article was originally published by Religion Unplugged, with the support of CRCC’s global project on engaged spirituality.  CHICAGO — By his own telling, as a young man Eboo Patel was something of a ...
Kimberly Winston
Article

He was many things rolled into one: A committed community peace builder, a passionate promoter of religious tolerance and a tireless advocate of free education for children. Above all, Edmund Kaszibuloh Koroma ...
Emmanuel Innocent Eteng
Commentary

Politicians are elected to represent all of their constituents, not just those who voted for or supported them. They should be fair-minded and not traffic in exclusionary or discriminatory practices, or promote ...