Becoming Human Again: An Oral History of the Rwanda Genocide against the Tutsi

Becoming Human Again: An Oral History of the Rwanda Genocide against the Tutsi 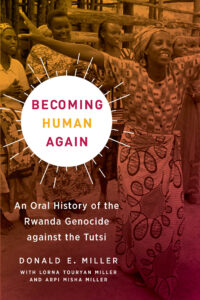 Becoming Human Again: An Oral History of the Rwanda Genocide against the Tutsi
By Donald E. Miller with Lorna Touryan Miller and Arpi Misha Miller
(University of California Press, 2020)

Genocide involves significant death and trauma. Yet the enormous scope of genocide comes into view when one looks at the factors that lead to mass killing, the struggle for survival during genocide, and the ways survivors reconstruct their lives after the violence ends. Over a one hundred day period in 1994, the country of Rwanda saw the genocidal slaughter of at least 800,000 Tutsi at the hands of members of the Hutu majority government. This book is a powerful oral history of the tragedy and its aftermath from the perspective of its survivors.

Based on in-depth interviews conducted over the course of fifteen years, the authors take a holistic approach by tracing how victims experienced the horrific events, as well as how they have coped with the aftermath as they struggled to resume their lives. The Rwanda genocide deserves study and documentation not only because of the failure of the Western world to intervene, but also because it raises profound questions about the ways survivors create a new life out of the ashes of all that was destroyed. How do they deal with the all-encompassing traumas of genocide? Is forgiveness possible? And what does the process of rebuilding teach us about genocide, trauma, and human life? 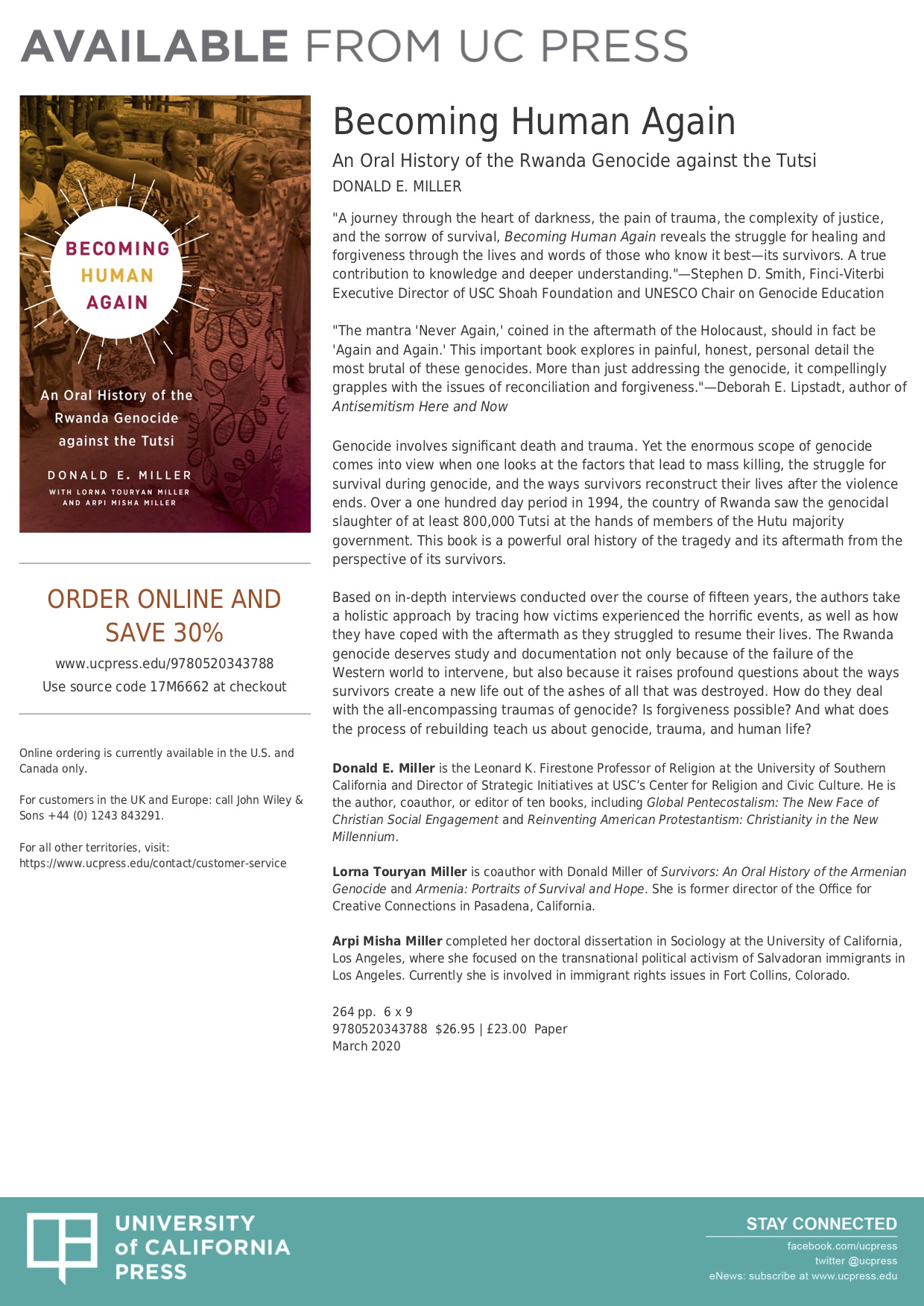 This article was originally published in The Christian Science Monitor, with the support of CRCC’s global project on engaged spirituality.  MAIDUGURI, NIGERIA — One morning in May, Zina Mustapha stood before her 20 ...
Innocent Eteng