Driving through Rio de Janeiro last week, I saw the phrase “O Gigante Acordou” or “The Giant Woke Up” scrawled across dozens of concrete walls, highway overpasses and World Cup-related construction sites. The difference in penmanship suggests that more than one graffiti artist in the city feels that the citizens of the world’s sixth largest economy will no longer tolerate the corruption in the Brazilian government, the nation’s woefully underfunded public schools, understaffed hospitals, and rising cost of living. Millions of Brazilians took to the streets this summer to stage vibrant protests fueled by frustration over the billions of dollars their government is spending to build “FIFA Quality” soccer stadiums for the 2014 World Cup. “FIFA Quality” means that these stadiums are being built to the high standards set by the World Cup’s governing body, the FÃ©dÃ©ration Internationale de Football Association (FIFA). It has been a spectacularly expensive endeavor.

Antonio Carlos Costa, a Presbyterian pastor and president of the human rights organization Rio de Paz, has been an active participant in the street protests. He has marched alongside thousands of other protesters on the streets of Rio de Janeiro to ask their government for “FIFA Quality” schools, “FIFA Quality” hospitals and “FIFA Quality” public services. A handful of church members participated in the protests alongside Costa because they believe that fighting for a more just society fits squarely within the theological mandates of their faith. In spite of the tempered support he has received from his congregation, Costa believes that there is another sleeping giant in Brazil: the Protestant church.

“We (the Protestant church) have to wake up to reality. We are Christians that are living in a country of injustice. We are living in a country that maintained by people working in slave-like conditions. There are thousands of people that work six days a week, eight, ten hours a day and they spend four hours each day on public transportation. They do this to receive a minimum wage at the end of the month (less than $400 a month).”Â

In the Rio de Janeiro’s favelas and neighborhoods where the minimum wage earners live, Protestant Christianity, specifically Pentecostalism, is the dominant faith. The religiously motivated projects that serve the poor, prisoners, gang members, and the homeless in these areas are almost exclusively Pentecostal. But Pastor Costa has been frustrated at the hesitancy of pastors—and the estimated 45 million Brazilian Protestants—to join the masses that have flooded the streets of nearly every capitol city in Brazil. Some pastors believe that the church should not intervene in politics, many are leery about joining forces with groups that support gay marriage and abortion, and others believe that saving souls will produce unanticipated results beyond reforming the government. There is also a class element to the uneven participation. The protestors are largely middle-class and college educated while many Protestants belong to a very different, historically marginalized segment of society.

Costa asserts that “If the church would wake up, we would see thousands more people on the street peacefully protesting, literally overnight.” Many Protestants in Brazil support the recent wave of protests and there is no doubt that the movement will continue to gain momentum as the opening game of the World Cup approaches. What remains unclear is the role that the increasingly powerful Protestant contingent will play in this unprecedented moment in Brazilian history. 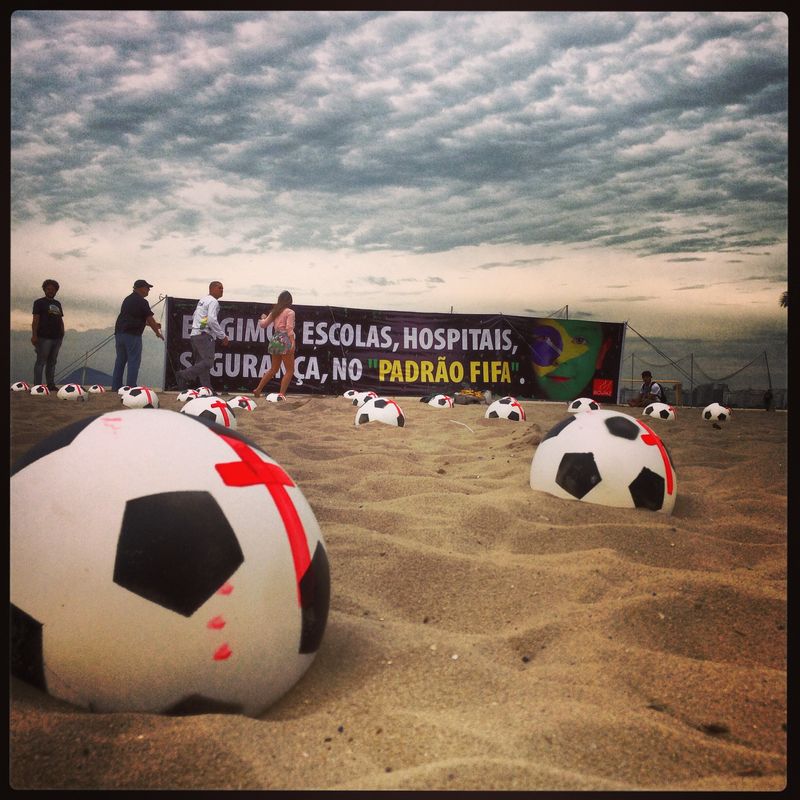