Dynasty? Passing the Ministry to the Next Generation of Schullers

Dynasty? Passing the Ministry to the Next Generation of Schullers

This post originally appeared at Trans-Missions, the USC Knight Chair in Media and Religion site. 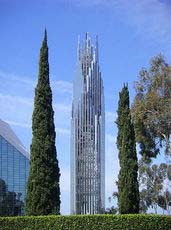 The recent retirement, then non-retirement, of famed Crystal Cathedral and “possibility thinking” pastor Robert Schuller, was reported over the past weekend, first in the Orange County Register, and picked up by the AP. The story was then denied by Schuller’s daughter and now “sole lead pastor,” Sheila Schuller Coleman, in an L.A. Times article, although it took a day for the AP and the Register to catch up. (For more on the coverage of this story click here.) The confusion over who is really in charge at the Crystal Cathedral is an issue that many similar churches are likely to face in the coming years as the pastors who built these large, complex organizations reach retirement age and/or move on to their ultimate reward. How can reporters cut through the mystification to explain what is actually happening? A quick review of recent history is a good start.

Schuller and his church have long occupied a strange place within American Christianity. Although a member of the Reformed Church in America (RCA), a denomination considered part of the liberal Christian mainline, it’s seen as an evangelical megachurch, even though that many might characterize Schuller’s “possibility thinking” approach to Christianity as too short on Jesus and too long on self-help pop-psychology.

Schuller is best understood as a southern California incarnation of Norman Vincent Peale’s “power of positive thinking.” Schuller’s genius was to wed his theology and worship environment to the growing post-WWII southern California suburbs and its car culture, establishing his church in the 1950s in a rented drive-in movie theater. His effort was not the only one in southern California, but it was the most successful at blending Christianity with the feel-good vibe of living in the land of the endless summer and the freedom that the automobile provided. As a measure of its success, the church currently claims 10,000 members and has a global reach through its weekly television show, The Hour of Power. Indeed the program, and church, bills itself as America’s Television Church, and judging by how many people are actually in the pews on Sunday morning, at least some of those 10,000 members rarely, if ever, set foot in the physical space of the Crystal Cathedral.

The deep story behind last week’s report is much larger than just the Crystal Cathedral and its particular problems. Many churches that are organizationally similar to Schuller’s, founded and shaped by one central figure—usually a man—who is now at, past, or nearing retirement age. Schuller is eighty-three years old and still involved in the church he built. Likewise, Chuck Smith, who founded Calvary Chapel in the late 1960s, and which grew to be a global movement, is also eighty-three, and there is no clear successor, at least with the same name recognition and charisma. An offshoot of Calvary Chapel, The Vineyard, founded by John Wimber in the early1980s, has never been as vibrant, at least in the U.S., as it was before he died in 1997. So the issue is how to pass on to a new generation a large, complex organization that was built and nurtured by a particular person, rooted in a particular time, place, cultural sensitivity, and vision for its ministry and mission.

This is clearly an issue at the Crystal Cathedral. Daughter Sheila Schuller Coleman consistently refers to “Dad” and his involvement in the church, implying a continuity to his vision. She is officially now the senior or lead pastor of the church, and was “commissioned” as a pastor in the church, but that is not, according to the RCA, exactly the same as being an ordained minister in the church. This is a subtle difference, but one that allows Schuller’s daughter to take charge of the organization, keeping it in the family and presumably within the aims that Schuller himself would approve of, without having to search for a seminary trained senior pastor.

To dig into the bigger story of how a church or movement tries to perpetuate the authority of its longtime leader, journalists might look at the group’s theology and  how it informs the code language that explains the organization’s present and future. Thus journalists might ask what it means for Coleman, both as a woman and as someone with no seminary training, to be a “commissioned” senior pastor by the RCA, despite her lack of credentials. Further, how does the polity of the RCA square with the way that Coleman became Schuller Sr.’s successor, and who are the church and the denomination trying to please here, the congregants, the TV audience, Schuller?

Churches like Schuller’s may be non-reproducible, at least in the sense of passing on one organizational form, vision and mission to the next generation. This is not inherent to megachurches, rather the problem lies in who—or what—the church is organized around, whether personality, generation, hip factor, or whatever. There are more recently established churches  that are as innovative as Schuller was in his day, but two examples– Rick Warren’s Saddleback Church and Greg Laurie’s Harvest Fellowship are as locked into their own cultural forms, primarily catering to an upwardly mobile, Baby Boomer population, as Schuller is to his mid-20th century sensibilities.

Ironically, an even newer version of a “culturally relevant” church is an offshoot of the Crystal Cathedral. Schuller’s grandson, Robert V. “Bobby” Schuller—the son of the exiled Robert A. Schuller—is the pastor of a small hipster church, The Gathering. The Gathering started at the Crystal Cathedral but now meets a mere three miles from the mother ship, in an old American Legion hall in the City of Orange, California.

The youngest Schuller is tapping into the current zeitgeist just as his grandfather did 50 years ago, though instead of an orientation to cars and pageantry, The Gathering is organized around creating a small caring community to support each other and to serve its surrounding community.   Whether it becomes as large and publicly successful as his grandfather’s church remains to be seen. Indeed it is an open question as to whether the youngest Schuller is even interested in religion on such a grand scale since he’s part of a movement among younger evangelicals to establish small, community-minded congregations. Maybe that’s the best approach, if success means establishing something that will outlive a charismatic founder.

Although there has been some minimal coverage of Bobby Schuller’s church, this is a story that is still to be written. Can young Schuller contextualize his religious vision within a much different cultural environment than what his grandfather experienced? How will he and others like him, measure their success? Will they count ever larger numbers of members, eyeballs and cars, or is some other calculus at work that previous generations of leaders don’t share?  And as the religion beat continues to fade, how will journalists adequately cover religious movements in ways that do justice to their historic particularities as well as their relevance to the current cultural moment?

Fuller Seminary President Mark Labberton provides insights on developing ministries that address the needs and realities of the world, while cultivating an intentional awareness of God’s work and leading with openness, humility ...
CRCC in the News

As the USC Center for Religion and Civic Culture reflected on the 1992 Civil Unrest, the words and efforts of the Rev. Dr. Cecil Murray following the unrest continued to be highlighted ...