What’s Behind the Growth of Pentecostalism?

What’s Behind the Growth of Pentecostalism? 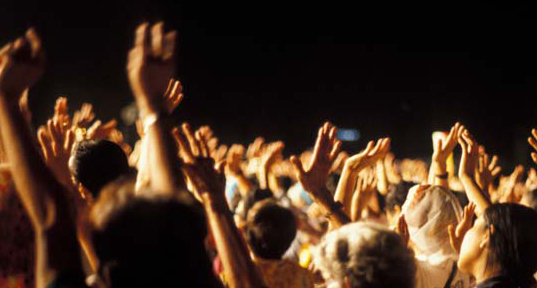 A recent Pew Research Center report on global Christianity provided comprehensive data to support a conclusion that many social scientists have drawn from piecemeal studies over the past decade: the Christian movements that are growing most rapidly are found primarily in the global South and East. And in countries like Nigeria and China—which had tiny Christian populations a century ago and now each boast more Protestants than either Germany or the United Kingdom—much of the energy for that growth has come from groups associated with Pentecostal and Charismatic religion.

More remarkably, a fine-grained examination of the locations where renewalist movements are most dramatically flourishing reveals that they are thriving where dislocation, inequality and religious as well as political repression is often most acute. Some of the factors that may account for the “extremophile” character of Pentecostal and Charismatic religion include: (1) the movement’s emphasis on a direct experience of divine presence, which likely appeals in places where the traumas of war and other forms of social violence make doctrinal or confessional (rather than body-focused) forms of spirituality less compelling; (2) renewalism’s fluid authority structures, which allow leadership opportunities for women and other traditionally marginalized people in places where rigid institutional structures impair social mobility; and (3) the notion that individual believers can have a direct line of communication with the Creator of the cosmos, which is a profound proposition for those who are disempowered politically, economically or within traditional religious hierarchies.

All of this suggests that if the political and economic stressors associated with globalization continue to become more acute in the developing world, the dramatic growth of Pentecostal and Charismatic religion in the global South and East is likely to continue unabated for years to come. It may also herald the “Pentecostalization” of other Christian denominations—and perhaps even other faith families, like Islam and Hinduism—where religious frontiers coincide with rapid social change.

Karrie Koesel, University of Oregon, on the spread of underground churches in China
PCRI China and Russia

Read more about: Asia, China, Pentecostals and Pentecostalism
CRCC in the News

This article was originally published by Jamhoor. “Except for the home crowd cheering for our national team at an international cricket match, it was the first time I was seeing Sri Lankans ...
Nalika Gajaweera
Article

This story was originally published by Religion Unplugged, with the support of CRCC’s global project on engaged spirituality. PANKISI, Georgia— Off the beaten path and between the thickly forested Caucacus mountains bordering Russia ...
Clément Girardot and Julien Pebrel
Article

This article was originally published by the KAICIID Dialogue Centre, with the support of CRCC’s global project on engaged spirituality. Inheriting a father’s legacy is never easy — especially when that father ...
Ken Chitwood
Commentary

The Intersection of Gender, Nationalism and Faith-based Giving in Sri Lanka

On September 9 2021, the Joint Learning Initiative on Faith and Local Communities (JLI) held a webinar where CRCC’s Nalika Gajaweera presented her paper on the Intersection of gender, nationalism, and faith-based giving ...
Nalika Gajaweera