In Fall 2010, CRCC conducted an online survey of all PTM alumni to get a better understanding of their participation in the program, from recruitment to what they learned during the program, to determining the areas that they believed they still needed to develop. The majority of the survey items were discrete response items, but we also included several open-ended questions that required the respondent to articulate an answer. The survey was administered through an online methodology, alumni were initially contacted through an email message, and then were reminded (through email) twice.

The response rate for the survey was 43 percent, which exceeds the average survey response rate of 33 percent. In addition to the survey, we have included data gathered from our records of PTM alumni, so that we can see the makeup of the entire group of graduates.

Who are the PTM Alumni?

Overall, more men (60%) than women (40%) have participated in the PTM program. However, graduates of the PTM program are almost evenly divided in terms of the roles they have in their churches. Lead pastors make up 26% of the graduates, associate pastors 25% and congregational lay leaders comprise 30% of 13 graduates. The remaining 19% include participants who are part of para-church ministries in their communities. The majority of these church leaders have either taken academic work at the graduate level, or have a graduate degree (65%). Yet, despite this relatively even distribution of roles among the PTM graduates, and their education levels, the majority (66%) receive no financial support from their church, with only 18% receiving full financial support. 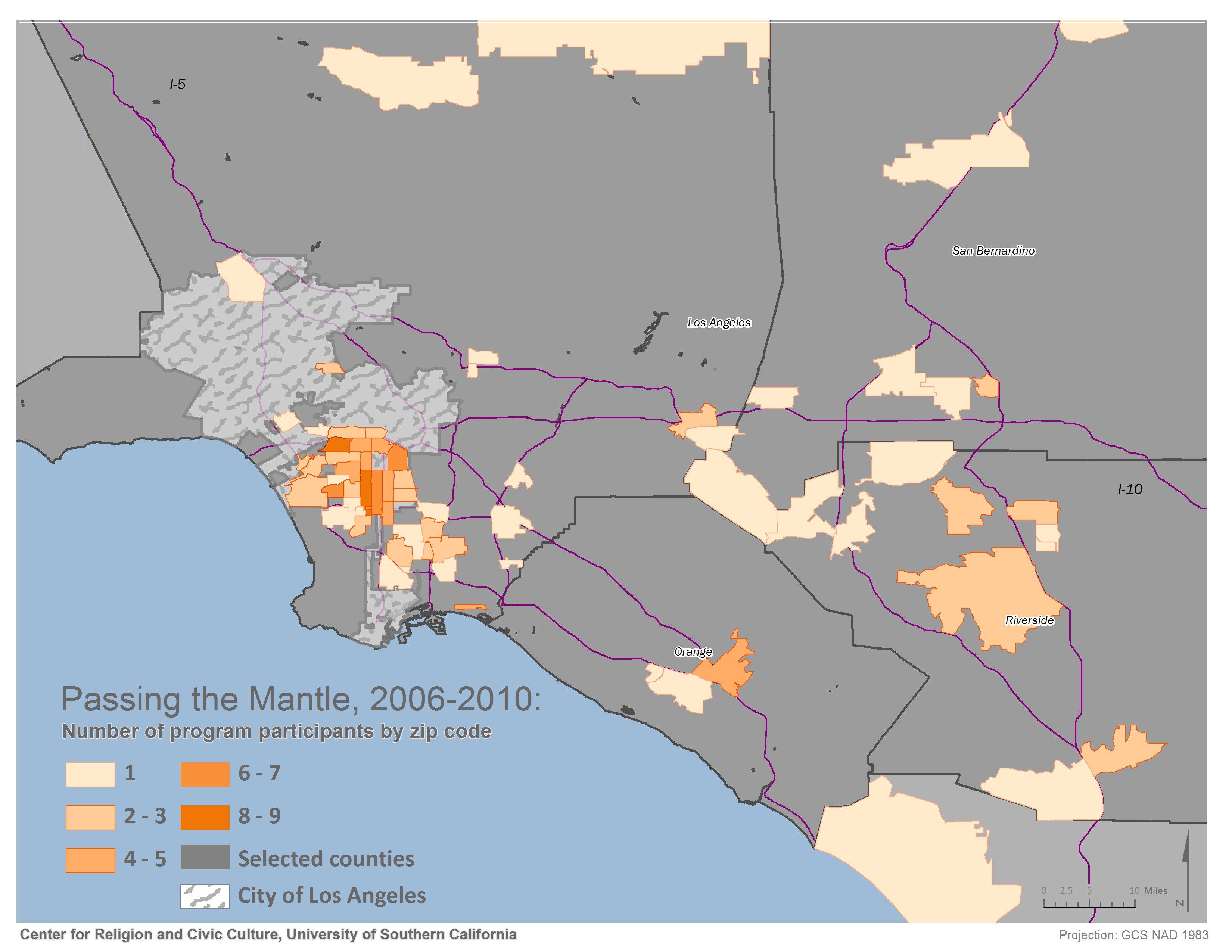 PTM graduates are from 134 distinct churches or organizations, with several being from the same churches. These congregations are from the five Los Angeles area counties (Los Angeles, Ventura, Orange, San Bernardino and Riverside) in addition to four more (San Diego, Kern, Alameda and Santa Barbara).

Several themes emerge from the survey data regarding what PTM graduates gained from the program and the areas that they wanted to develop further. The top two areas that graduates identified as being the most benefi- cial to their work were training in community development (18%), and the expansion of their network and developing new relationships with others doing similar work (15%). PTM alumni also ranked as priorities several areas that they wanted to continue developing: strategic planning (22%), grant making (18%), foundation relations (14%), capacity building (18%), and community assessment tools (9%).

Graduates were also asked to rank what were in their view, the most significant issues facing their communities and congregations. Economic development was ranked as the first or second most significant issue by 21% of PTM graduates, followed by education (20%), gang violence (12%), health issues (13%), drugs (12%) and immigration (5%). Finally, the PTM respondents were asked whether their congregations would be interested in participating in a variety of programs or trainings. Overall, the responses suggest that the churches represented by the PTM graduates were very interested in participating in a variety of such programs, as follows: economic development programs (85%), leadership training (80%), disaster relief/preparedness training (70%), prison reform (70%), marketing/ advertising development for their different programs (66%), and inter-religious dialogue (49%).