The name Silas Malafaia was on everyone’s lips. A sociologist at a secular university near Brasilia, the rector of a Catholic seminary in Campinas, a Pentecostal lawyer in Sao Paulo and a gay Presbyterian pastor in Rio de Janeiro all offered unprompted commentary about the jet-setting televangelist who has come to embody the rapid growth and increasing influence of Pentecostalism in Brazil.

But despite his outsize presence in Brazilian politics and culture, Malafaia is arguably a noisy, one-note sideshow that distracts from subtler events closer to center stage. His strident opposition to the advance of LGBT rights—in the past two years, Brazil’s highest judiciary body affirmed the right of same-sex couples to marry and adopt children—cuts against deeply held values of tolerance and anti-authoritarianism in a stunningly diverse country where memories of dictatorship remain fresh. And while Pentecostal leaders in Malafaia’s mold boast about “their men in Congress,” many observers believe that Pentecostalism will soon have expanded as far as it can in Brazilian society—and, moreover, that the more institutionalized factions of the movement will be overshadowed by less orthodox “new generation” churches.

What do these trends look like on the ground? The following series of portraits from Brazil captures some of the key features of the country’s Pentecostal and Catholic Charismatic Renewal movements, which cannot be fully understood independently of each other or apart from their broader social context. “Second Acts” refers to the experience of crisis, discernment and renewal that characterizes the leading edge of those movements as well as to the portion of the New Testament (Acts 2:1-31) that is the touchstone for both Pentecostals and Catholic charismatics.

Strohmenger, 50, was born and raised in Campinas. Her parents were nominally Presbyterian, but when she was still very young her family began to attend services at Igreja Missionaria Unida, a church with Mennonite roots. When she was 20, Strohmenger was one of the pivot-points that enabled a shift in her church’s worship culture: the pastor and some members of the congregation began to talk about the gifts of the Holy Spirit, and contemporary music was added to services. During prayers, a number of people—including Strohmenger—began to speak in tongues.

Conflict eventually erupted between those who welcomed this “Pentecostal accent” and those who were opposed to it. Strohmenger’s father was in the latter camp and took the family back to the Presbyterian Church. Strohmenger missed the exuberance of the services at IMU and sought an outlet for her spiritual ardor. She began teaching biblical education classes to teenagers, but some of their parents complained about the questions they were getting about gifts of the Holy Spirit (“Well, it’s in the Bible!” Strohmenger said with a laugh). Her pastor finally concluded that she didn’t belong with the Presbyterians. “You have my blessing,” he told her, “please go.” 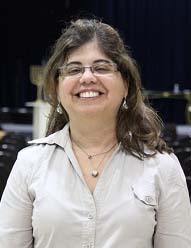 After a few years of spiritual wandering, Strohmenger met Sónia Hernandes, who founded Igreja Renacer em Cristo (Reborn in Christ Church) with her husband, Estevam Hernandes Filho, in 1986. It was a good match. Strohmenger, who now leads a congregation of about 500, liked the movement’s emphasis on casual attire, energetic music, women’s leadership and manifestations of the Holy Spirit—all hallmarks of “new generation” Pentecostalism. While the organization now owns TV and radio outlets and claims more than 2 million members worldwide, the shadow of scandal has darkened Renacer’s sunrise logo: In 2007, Estevam and SÃ´nia Hernandes were arrested and briefly imprisoned in Miami for failing to declare over $50K that they had hidden in their luggage and tucked into the pages of a Bible. But in a prosperous neighborhood near central Campinas, the inspiration behind the movement they started is still apparent at Renata Strohmenger’s church. “Jesus!” she said with a bright smile and a heavenward gesture when a visitor complimented her youthful vitality.

On March 15, 1969—a year before his ordination as a Jesuit priest—Edward Dougherty had an experience that he described as “the penetration of the Holy Spirit.” Dougherty, now 71, understood this ecstatic moment through the lens of Acts, chapter 2, in which the first Christian apostles, along with several dozen other followers of the Jesus movement, have a similar experience 50 days after the discovery of Jesus’ empty tomb. “The grace of Pentecost”—the Greek term denoting the span of time between that pair of biblical events—“is the foundation of the Church,” Dougherty said. “Pentecost happened to me, and Pentecost is happening today.”

That belief, the lodestar for the nascent Catholic Charismatic Renewal movement, served as the foundation for Dougherty’s ministry when he was sent to Brazil after his ordination. A decade later he started a TV station that has grown into Sóculo 21, a media network with 150 employees and a viewership of 20 million. “Jesus Christ would be on the air,” Dougherty said. And indeed he will be. Sóculo 21 plans to produce the four Gospels in telenovela format and dub the HD programming into dozens of languages. 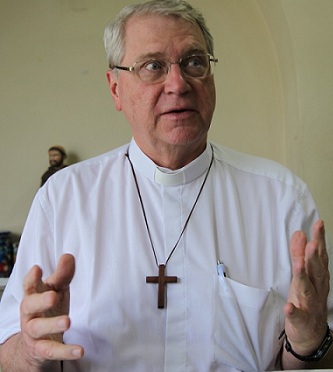 While Brazil, with nearly 200 million people, still has the largest Roman Catholic population in the world, the portion of the country that is Catholic has dropped from 85 percent to 60 percent over the past two decades, largely as a result of “sheep-stealing” by Protestant Pentecostals. That has inspired Dougherty to develop online educational programs to train Catholic laymen and laywomen as evangelists—essentially taking a page from the Pentecostal playbook and updating it for the digital age. And along with shows devoted to youth culture, cooking, news and sports, Dougherty and his development team have also created fare like the immensely popular “Charismatic Nights” that responds to the needs of viewers who are eager for Catholic programming with a Pentecostal flavor.

In response to a question about civic-minded content at Sóculo 21, Dougherty mentioned programming related addiction recovery, remedial education and ESL. He also alluded more broadly to the “Peter versus Paul” tension between Catholic charismatics, who seek spiritual fulfillment, and liberationists, who see the modern Church’s mission as improving the lives of the poor and socially marginalized. “You have to see both the horizontal and the vertical significance of the Gospel,” he said. “If we’re not moved by the Holy Spirit, then we’re moved by ourselves.”

Part of Pentecostalism’s appeal for women in patriarchal cultures is the opportunity to assume leadership roles both in churches and the communities they serve. When Protestant renewal movements in Brazil began to flourish after the country’s dictatorship ended in 1985, Neusa Tezner was already part of denomination that ordained women as pastors—though not without some ambivalence on the part of her male co-religionists.

“I was fired from my first ministry because I was too feminist,” said Tezner, who is 57. “I guess there’s such a thing as too much innovation.” 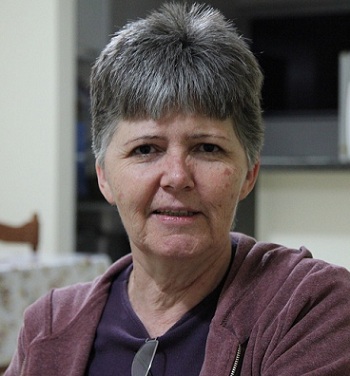 Tezner spent roughly half of her 25 years as a parish administrator responding to innovative excess of a different kind. Like other mainline Protestant denominations, the ranks of Lutherans in Brazil were both thinned and reshaped by the wave of Pentecostalization that, according to Tezner, began to crest around the turn of the millennium. The appropriation of charismatic music and worship styles by some pastors and their congregations was acceptable to Tezner and other members of the denominational hierarchy. But the very ecumenism that allowed Brazil’s Lutheran establishment to absorb some of the energy of the Pentecostal movement also put it at odds with another of that movement’s common features: the notion that believers who have experienced the gifts of the Holy Spirit must be re-baptized as a sign that they have become “true” Christians.

Tezner’s denomination acknowledges baptisms from all Christian traditions as valid, and pastors who practiced re-baptism were considered “contaminated.” During this period of polarization, which culminated in an administrative housecleaning in 2002, about 15,000 people left Brazil’s Lutheran fold.

“I’m happy that this era is over,” Tezner said. “It was a painful process. But it strengthened the core of the Lutheran church.”

That strengthening included not just the appropriation of contemporary praise music and charismatic modes of worship but also a reworking of traditional liturgy and a renewed motivation to work with young people. Toward that end, Tezner is part of a group of 50 Lutheran feminists who offer classes in music, language skills and civics to poor children in Sao Paulo state.

“We’re not there to evangelize,” Tezner said. “We have children from Catholic families, Pentecostal families. The point is just to do good.”