Beyond Prayers and Protests: Building Trust Among the Police and Community in Downtown Los Angeles

Beyond Prayers and Protests: Building Trust Among the Police and Community in Downtown Los Angeles

This is the first in a series of essays about the Trust Talks. The next event is October 3.

On a Saturday last April, a group of pastors and other faith leaders brought together a broad cross-section of the downtown community to talk about a rash of officer-involved shootings in Los Angeles and the rest of the country. Under the banner of the Downtown Los Angeles Clergy Council, they called this gathering the inaugural meeting of the Trust Talks.

These first talks, hosted at the Last Bookstore in downtown, gathered more than 100 business owners, loft dwellers, residents in single residency occupancy hotels (called SROs), homeless people, community activists, service providers, faith leaders and LAPD officers. Participants were divided among about a dozen tables, with two trained facilitators at each table, for some difficult but constructive conversation about community policing.

Just six days earlier, Freddie Gray in Baltimore had been pronounced dead due to injuries that he had sustained in police custody. Six weeks before that, an unarmed mentally ill man, who was known in L.A.’s Skid Row community as “Africa,” had been shot several times and killed after an altercation with LAPD officers. That shooting was videotaped on a cell phone camera and went viral on social media within hours.

The Skid Row incident stirred up the ire of activists with #BlackLivesMatter, the Los Angeles Community Action Network (LA CAN) and other organizations, inflaming tender wounds in a city with a long history of police brutality and civil unrest.

Yet at the Trust Talks, LA CAN activists sat at a table with LAPD officers, business owners, loft dwellers and even the city attorney who had prosecuted one of them. They debated. They listened. They debated some more. They laughed. Then they debated some more. It was nothing short of a miracle. Even though I saw the event myself and helped to organize it, I still find it hard to believe. 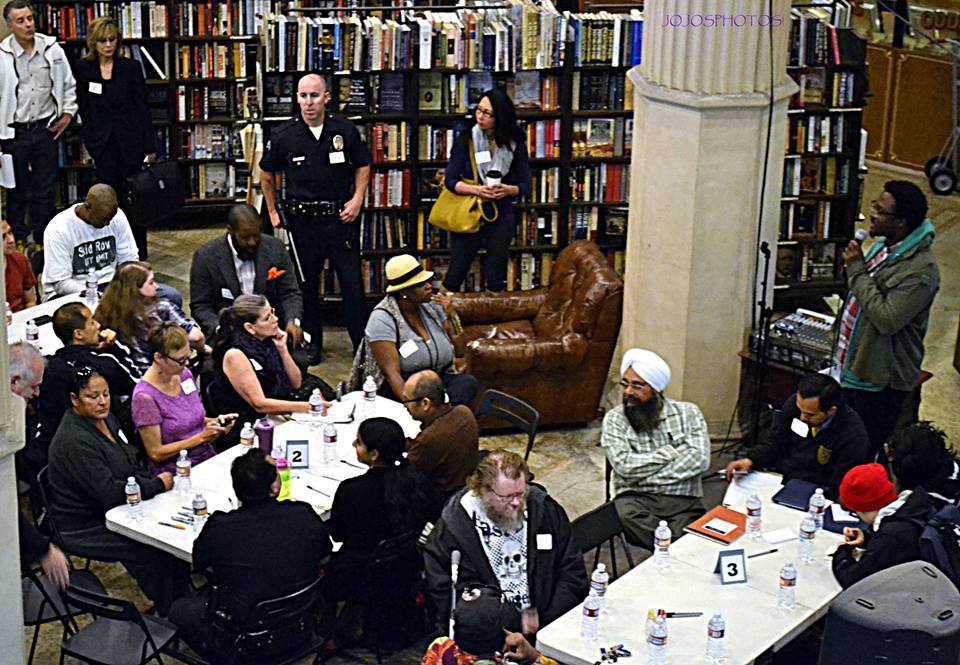 I fell into this work by accident. I had been interning at New City Church in downtown for almost two years while I was finishing a seminary degree. Because New City’s pastor was leading the Clergy Council meetings, I would attend once in a blue moon. But when Trayvon Martin was killed something stirred in me that I hadn’t felt since I was a six-year-old reciting the Martin Luther King, Jr. speeches that I listened to on an old record player in my parent’s basement in Washington, DC. The story of Trayvon Martin seemed to be part of this larger narrative about the wages of injustice.

It was a tragic story that also included Emmett Till, Oscar Grant and, of course, King himself. It was the story of innocent black men being gunned down because people in authority were afraid of them. As a musician and pastor, I poured out my grief over Trayvon’s shooting into a song that I shared with my church.

Then came the wave of other shootings: Rakia Byrd, Michael Brown, Ezell Ford, Eric Garner and Walter Scott. All were unarmed, all were black or brown. It just didn’t make sense.

I know what it is to be pulled over for no other reason than being guilty of “driving while black.” And though my kind and unthreatening demeanor has generally led to positive interactions with the police, I cannot ignore the terrifying question in my head and heart: Am I next?

So it was not surprising to me that a grand jury’s clearing the police officer of wrongdoing in the fatal shooting of Michael Brown triggered an explosion of rage in Ferguson, Missouri. The Sunday after the Ferguson decision, my pastor asked me to lead our church in prayer. I prayed for justice, reconciliation and healing. It was cathartic and powerful, but it was only the beginning. The Amen was not the end.

Am I next? That question continued to challenge me.

I couldn’t just write another song or pray another prayer. In the tradition of King, Fannie Lou Hammer and Adam Clayton Powell, I realized that my faith compelled me to do something more. Like other young people, I hit the streets to protest.

Protesting was and still is the right thing to do. Like prayer alone, however, the catharsis of protest can seem fleeting and incomplete once you go home with a hoarse voice and sore feet. 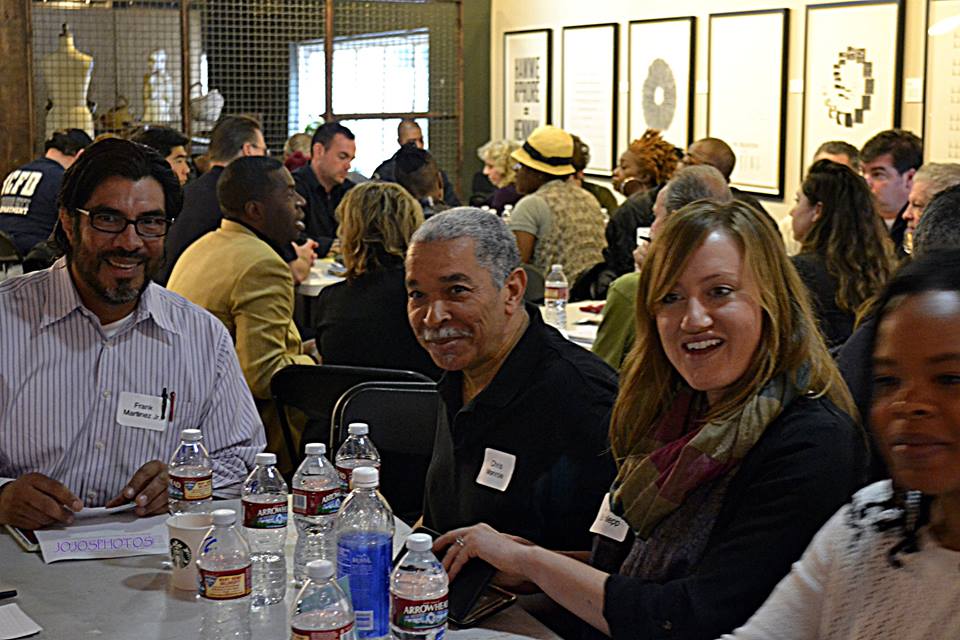 I want to do more than protest and pray. I want to be part of an effort to take even a small step toward healing and justice in my community. I want to give voice to people who are usually told that they are the problem. I want for people on all sides of the issue to be humanized instead of stereotyped or vilified. I want to find a way to be faithful to a gospel in which Jesus focuses on people that society has abandoned and left for dead in order to touch them, heal them, listen to them and restore them into a loving community. It’s a sacred story that says Jesus gave his everything, including his life, just to love those whom others considered unlovable.

Click here to learn more about the Trust Talks. The next event is October 3.

Delonte Gholston is a contributing writer with the USC Center for Religion and Civic Culture.