From Louisville to Orlando: Muslim Americans in a Time of Hope and Crisis

From Louisville to Orlando: Muslim Americans in a Time of Hope and Crisis

Many of my American Muslim friends from all across the U.S. traveled to Louisville a few weekends ago to pay their respects and to reflect on the life of Muhammad Ali. They cried when Malcolm X’s daughter, Ambassador Attallah Shabazz, took the stage and spoke of her family’s relationship to Ali. They laughed with Billy Crystal and cheered Rabbi Michael Lerner, who championed our community in his politically charged speech.

Then we awoke on Sunday morning to the news of a terrorist attack at a gay club in Orlando. As we learned about the killer, the elation of the previous two days came crashing down, replaced with the all-too-familiar feelings of anger, confusion and hopelessness. We felt pain that one of our “own” could wreak such mayhem in our country and pain for our LGBT friends, whose community suffers assaults on so many fronts. And we felt the pain and confusion that comes with knowing that a segment of our population fears our presence and believes that Islam is essentially to blame for Omar Mateen’s actions.

With so many dynamics at play, American Muslims have been divided on how to respond to such acts of terror.

“One side is dealing with the nation as it is…. The other side is trying to push the narrative to where it should be.”

Many argue that it’s not fair for Muslims to be saddled with the responsibility of publicly speaking out every time some monster they don’t know commits an atrocity based on beliefs about Islam that they disavow. They believe that such statements inadvertently create a link in people’s minds between these acts of terror and Islam, making Muslims look like “apologists.”

When Dylann Roof murdered nine worshipers at a predominately African American church in Charleston, no one expected white people or Southerners or gun-enthusiasts to answer publicly for his crime, they argue. In fact, this group asserts the phrase “radical Islam” shouldn’t be used to describe the actions of extremists who sympathize with the likes of ISIS or Al Qaeda, since the violence that these groups promote is inherently un-Islamic.

In a speech after Orlando, President Obama seemed to sympathize with this strategy, asking, “What exactly would using this label accomplish. What exactly would it change? Would it make ISIL less committed to trying to kill Americans? … Not once has an adviser of mine said, ‘Man, if we really use that phrase, we’re going to turn this whole thing around.’” 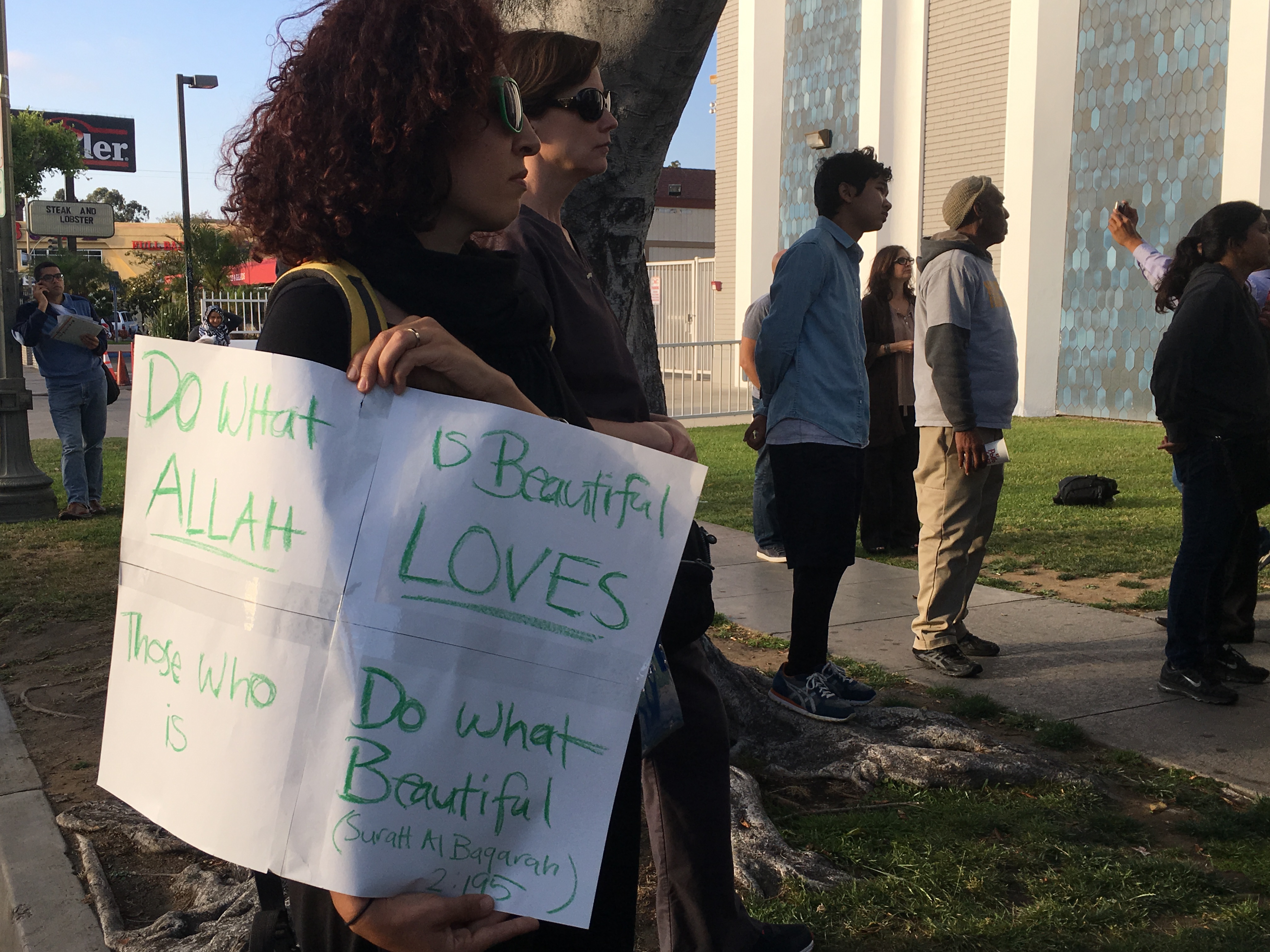 “Allah loves those who do what is beautiful.”

On the other side are my activist friends who have been speaking out against acts of terrorism and bigotry both at home and abroad for a decade and a half. They appear on news programs and at press conferences, and use the pulpits of op-ed pages and social media to condemn violence and defend their faith. This group has forged coalitions with other religious and minority groups in an effort to better represent Islam in our country and to shift the overwhelmingly negative narrative that dominates coverage of Muslims in mainstream news media. Their forceful condemnations and expressions of sympathy and solidarity with the LGBT community often translate into little more than a short paragraph or a brief soundbite in the torrent of coverage about Mateen’s horrific act.

Both groups bring important nuanced perspectives to these incredibly fraught situations. One side is dealing with the nation as it is, addressing the country and the people where they are in their understanding of Islam. The other side is trying to push the narrative to where it should be; trying to force the disconnected between the word Islam and all things violent.

Either way, all American Muslims know that there are lone-wolf actors within their own communities who are prone to violent extremism. They also know that the presumptive GOP presidential candidate, Donald Trump, is preying on people’s fear, spewing Islamophobic and xenophobic rhetoric as well as calling for a complete ban on Muslims entering the country.

To move the needle on the intersecting problems within and beyond our community, we need better strategies to help Muslims work with law enforcement so that anyone who suspects that a member of their community is dabbling with extremism will feel comfortable contacting law enforcement officials.

Like many other religious communities in the United States, we also know that the Muslim-American community continues to struggle with the issue of homosexuality. It’s important to acknowledge that many Muslims have been working with LGBT activists as allies for years now. But American Muslims must still learn to accept the LGBT members within their own ranks. It’s possible to create a dialogue in which American Muslims may agree to disagree on issues of theology, but nonetheless unanimously affirm that no one should be excluded, shamed or physically harmed because of their sexuality. 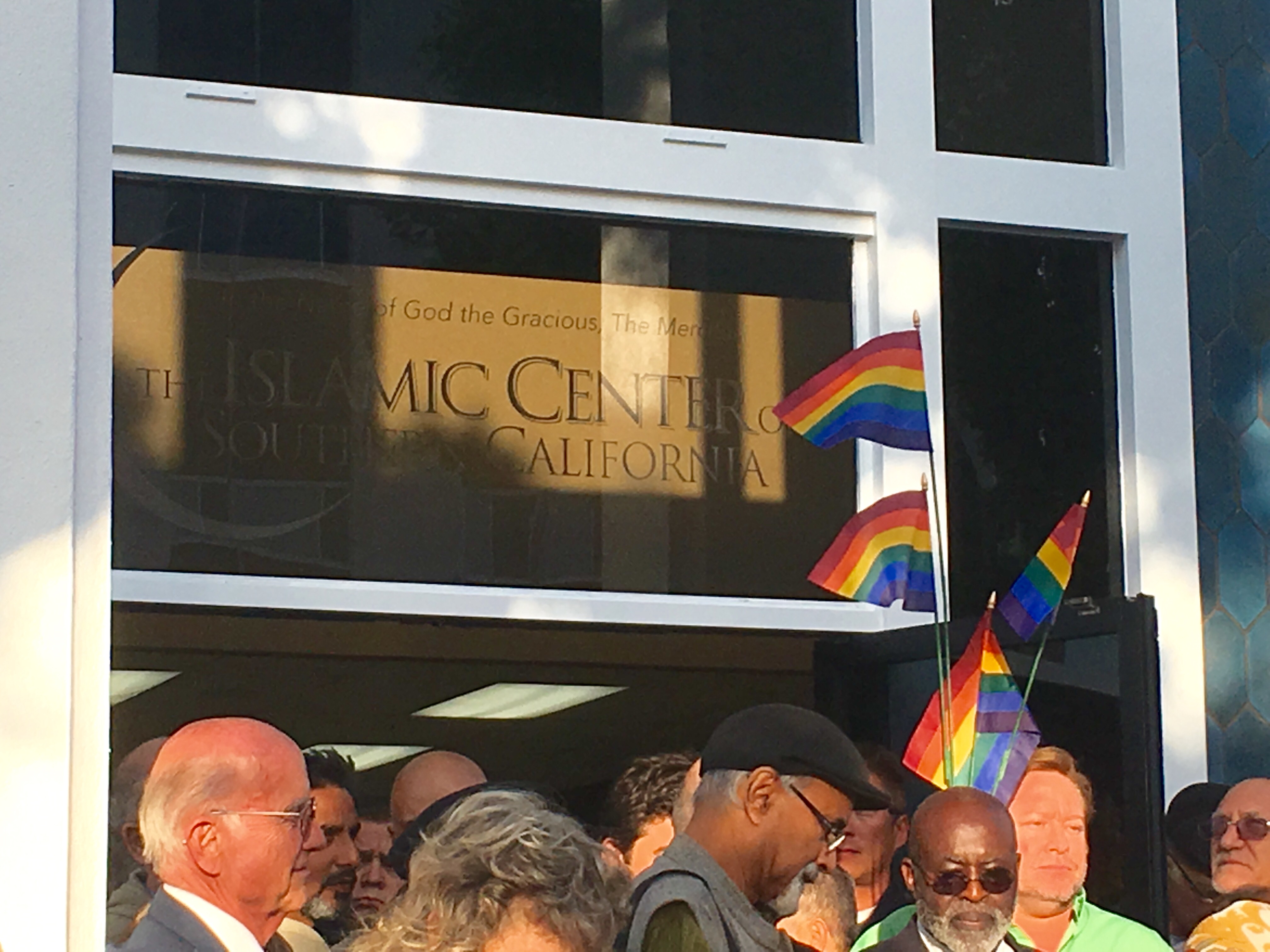 Most importantly, we need stories about our Muslim communities that are more representative of the lives that most Muslims actually lead. We need narratives by and about progressive Muslims to reach wider audiences. And we need more nuanced stories about even the more radical groups out there, so that when Mateen expresses admiration for both Hezbollah and ISIS, we can better analyze what is going on.

We have to accept that simply asserting that the term “radical Islam” mislabels acts that are un-Islamic will not solve our problems for now. To many who know nothing about Islam, this strategy makes Muslims look like they are denying a problem that they know exists within their own communities.

American Muslims must struggle together to help others better understand our faith and to confront extremism as well as homophobia in their own communities. With time, we can and will defeat Trump’s Islamophobes, along with the violent jihadis or radical Muslims–whatever we choose to call them—in our own midst. By calling out bigotry, fighting for social justice and acting with compassion, American Muslims will accept the torch that Muhammad Ali has passed on to us.