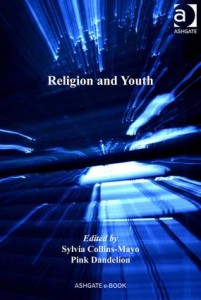 What is the future of religion given the responses of young people? What impact do existing religious forms have on youth? What kind of spirituality and religion are young people creating for themselves? Religion and Youth presents an accessible guide to the key issues in the study of youth and religion, including methodological perspectives. It provides a key teaching text in these areas for undergraduates, and a book of rigorous scholarship for postgraduates, academics and practitioners. Offering the first comprehensive international perspective on the sociology of youth and religion, this book reveals key geographical and organisational variables as well as the complexities of the engagement between youth and religion.

The book is divided into six parts organised around central themes: Generation X and their legacy; The Big Picture – surveys of belief and practice in the USA, UK and Australia; Expression – how young people construct and live out their religion and spirituality; Identity – the role of religion in shaping young people’s sense of self and social belonging; Transmission – passing on the faith (or not); Researching Youth Religion – debates, issues and techniques in researching young people’s religion and spirituality. James A. Beckford writes the Foreword and Linda Woodhead the Epilogue.

CRCC’s Richard Flory and Donald Miller co-authored a chapter in the book titled, “The Expressive Communalism of Post-Boomer Religion in the U.S.”

Like many congregations in the wake of pandemic-era restriction, the first Black church founded in the San Fernando Valley has seen significant declines in membership, the Los Angeles Daily News reported. Membership ...
CRCC in the News

JTA: Flory and Belzer on the Spiritual Lives of Young Jews

Young Jews, age 13-25, are among those who are least likely to be thriving spiritually and religiously, according to a survey conducted by Springtide Research Institute. The Jewish Telegraphic Agency turned to ...
CRCC in the News

Deseret News: Flory on Reaching Gen Z During the Pandemic

Sapi’s Struggle: Indigenous Resistance to Cultural Assimilation in the Philippines

This article was published with the support of CRCC’s global project on engaged spirituality. The buoyant chatter of children drifted down from a wooded ridge as we pulled up to the teaching ...
Nick Street