The Invisible Muslims: Reporting about Islam in America

The Invisible Muslims: Reporting about Islam in America

Days after last year’s terrorist attack on a public services center in San Bernardino, California, Kristen Stangas was standing amid a cluster of reporters outside Los Angeles City Hall. Journalists from more than a dozen media outlets were on hand to cover a rally of hundreds of Muslims, interfaith activists, and local politicians who had gathered on the steps of City Hall to denounce the attack, which was plotted and carried out by two “self-radicalized” Muslims.

The man and woman—a married couple—had become sympathetic to the violent jihadist propaganda that they consumed online. Their assault in San Bernardino claimed 14 lives and seriously injured at least 22 people.

While Stangas watched the rally, a reporter who had just set up his camera pulled out his cellphone and called someone whom Stangas assumed to be his producer.

As Stangas recalls, the man said, “There’s about a thousand or so people here—mostly Muslims and mostly peaceful. I’m going to shoot for a couple of minutes, but there’s really no story here.” 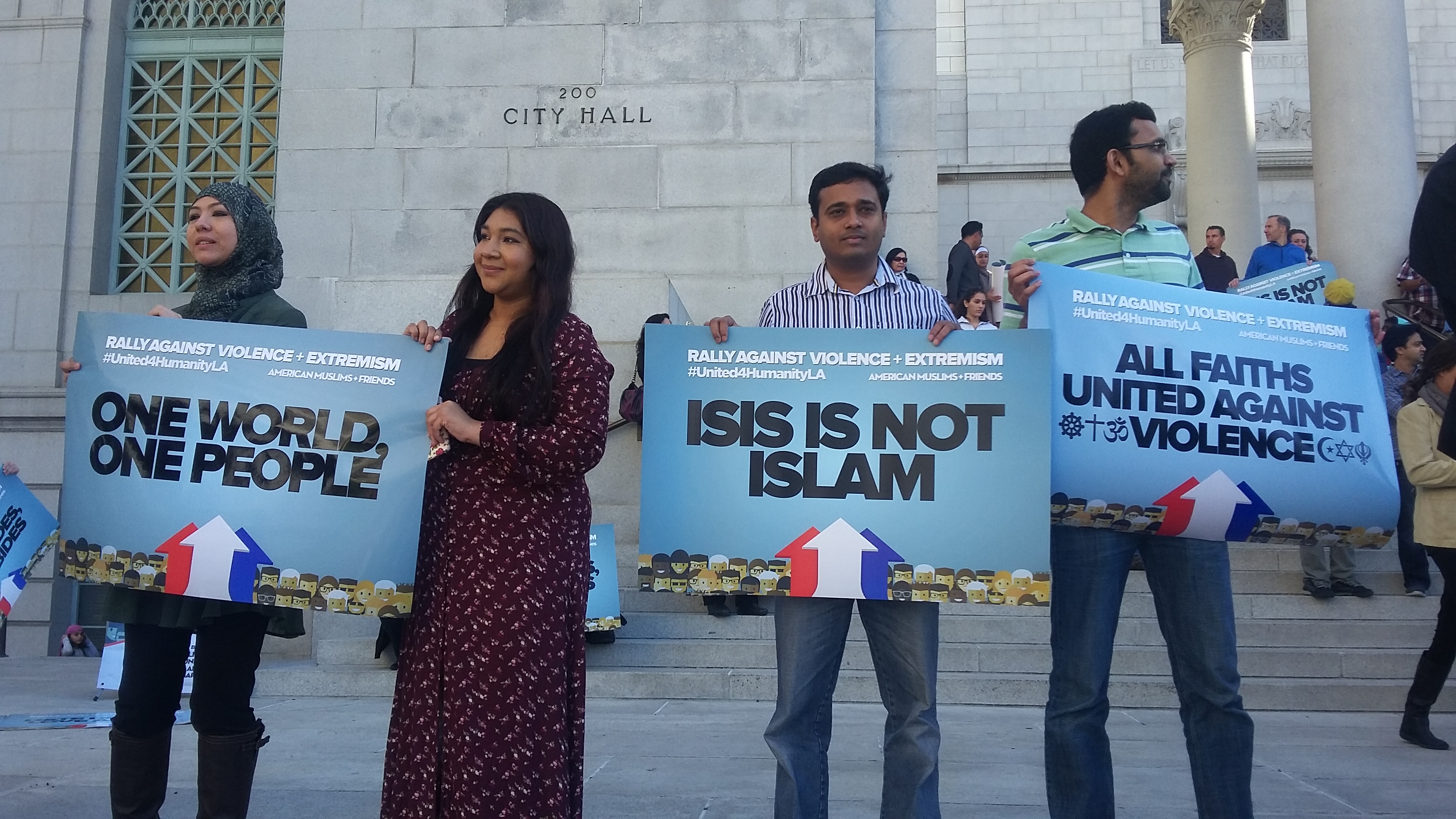 That narrow perspective on what counts as news related to Muslims and Islam is hardly unique to last year’s rally at L.A. City Hall. After Orlando, Paris, and even September 11, the violent acts of a few fringe Muslims dominated news media coverage and shaped public opinion, even as thousands of mainstream Muslims took to the streets to denounce the violence. You might call those unseen mainstream Muslim masses “the invisible Muslims.”

Stangas, 28, was instrumental in organizing the rally at L.A. City Hall. In her role as the communications coordinator for the Islamic Center of Southern California, she activated a network of local Muslim and interfaith groups to enlist speakers (including the mayors of Los Angeles and San Bernardino), produce signs (“ISIS is not Islam”), and generate grassroots support.

“We wanted to have a strong visual to say that we are Los Angeles Muslims coming together to say that this is wrong, that not in the name of Islam is this going to happen,” Stangas said recently.

Given that context—and the climate of fear generated by the Republican primary campaign as well as the sensationalizing tenor in news media coverage of Islam, post 9/11—Stangas was understandably upset by the reporter’s dismissiveness.

“I asked him, ‘Why did you say there’s no story here?’” Stangas said. “He said, ‘It’s not the story that’s going to get likes and clicks and shares.’”

“I was seeing how the media work, right then and there,” Stangas said. “It told me that the news is not reporting the news. They’re catching bits and pieces of it. But mainly they’re pushing a story to play into the narrative that already exists.”

Out of the 15 or so media outlets on hand for the rally, three ran briefs on the event. A Toys-for-Tots motorcycle ride merited about the same number of lines in one publication.

To be sure, rallies like the one at L.A. City Hall last year are usually tough to sell as news items. Attention-grabbing headlines tend to trade on a rupture of the ordinary—“Man Bites Dog” is the classic example—or provoke strong emotions like shock, anger or fear in news consumers. Yet consistently playing into new consumers’ fears about Muslims, even when other events like the rally at L.A. City Hall might serve to allay them, actually serves to distort the reality that exists apart from timelines and news feeds. In these fraught times, this has important consequences for all of us.

Earlier this year, journalist Carla Power shared three key recommendations for widening the lens on Muslim life on Nieman Reports: amplify the voices of Muslim commentators, focus on lived realities in Muslim communities, and feature Muslims in stories that have nothing to do with ISIS or 9/11.

The reporter who told his producer “there’s no story here” could have hit that trifecta with Kristen Stangas. 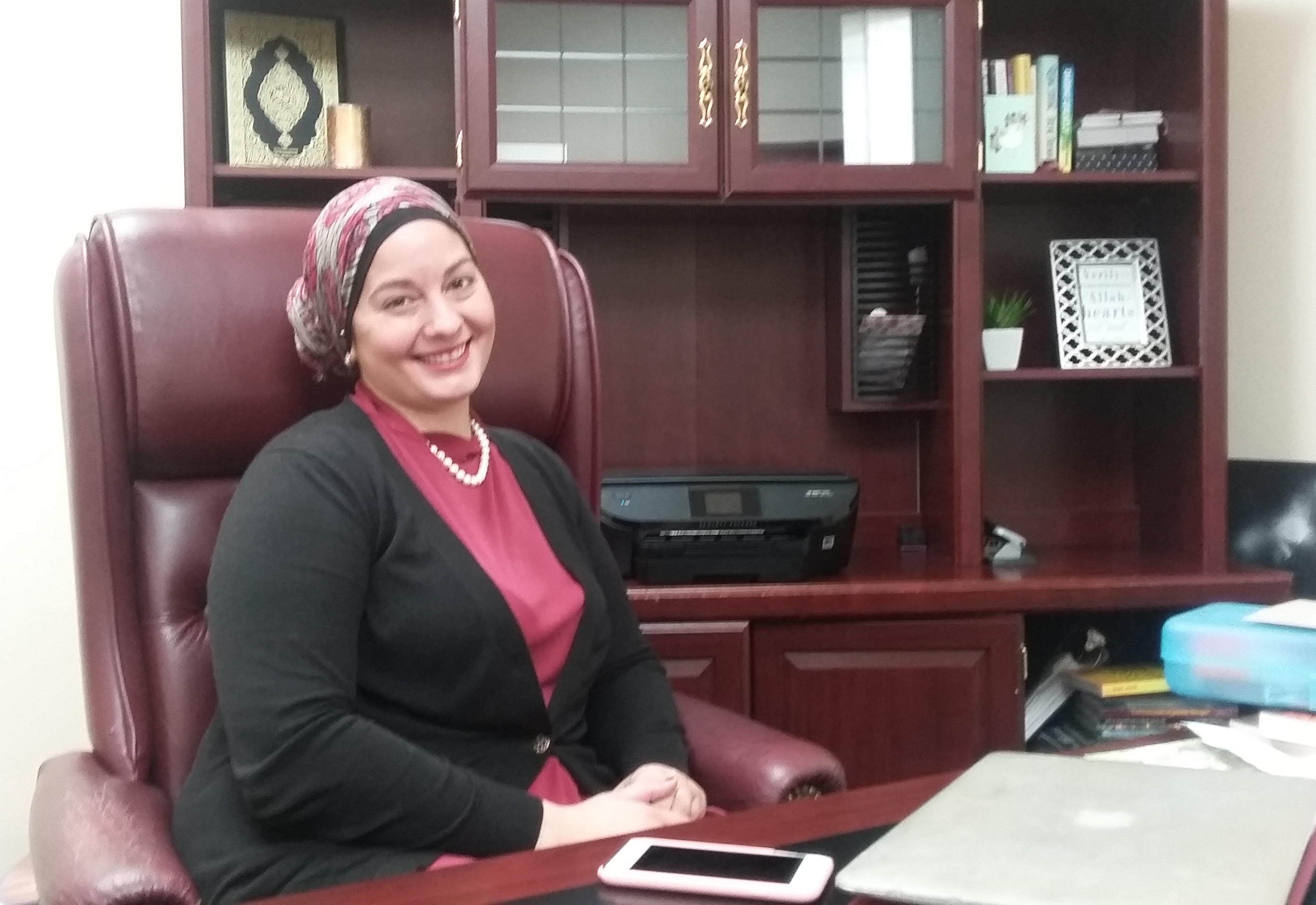 Stangas grew up in a Catholic family between Chicago and Milwaukee. At a retreat before her confirmation in the church, she began to have doubts about her faith.

“I didn’t understand why I had to go through a priest,” she said. “Why can’t I just go directly to God?”

In a college course on world religions, the economics major finally found what she was looking for in Islam and became a convert.

After college, she initially pursued a career in retail analytics, but soon found the work unfulfilling. A brief stint in a bakery allowed her to pursue a passion, but baking still wasn’t enough.

“Cookies make people happy, but…I need to do something that makes a difference in this world.”

Following that thread led to her current position at the Islamic Center.

“I was this convert white girl from the Midwest who used to bake cookies and write sales projections for beds and cups,” she said. “I never thought I would be here doing this kind of work.”

She added, “I have to acknowledge my privilege, being a white girl named Kristen who speaks perfect English and who was born and raised here in the United States. I would be doing an injustice not to use that privilege on behalf of people who don’t have as loud a voice as I do.”

And Stangas was just one of hundreds of people at last year’s post-San Bernardino event. What other stories might that reporter have found had he asked a few people around him why they were there, what being a Muslim American meant to them? Who were the adolescent boys holding the signs that read: “ISIS is not Islam”? 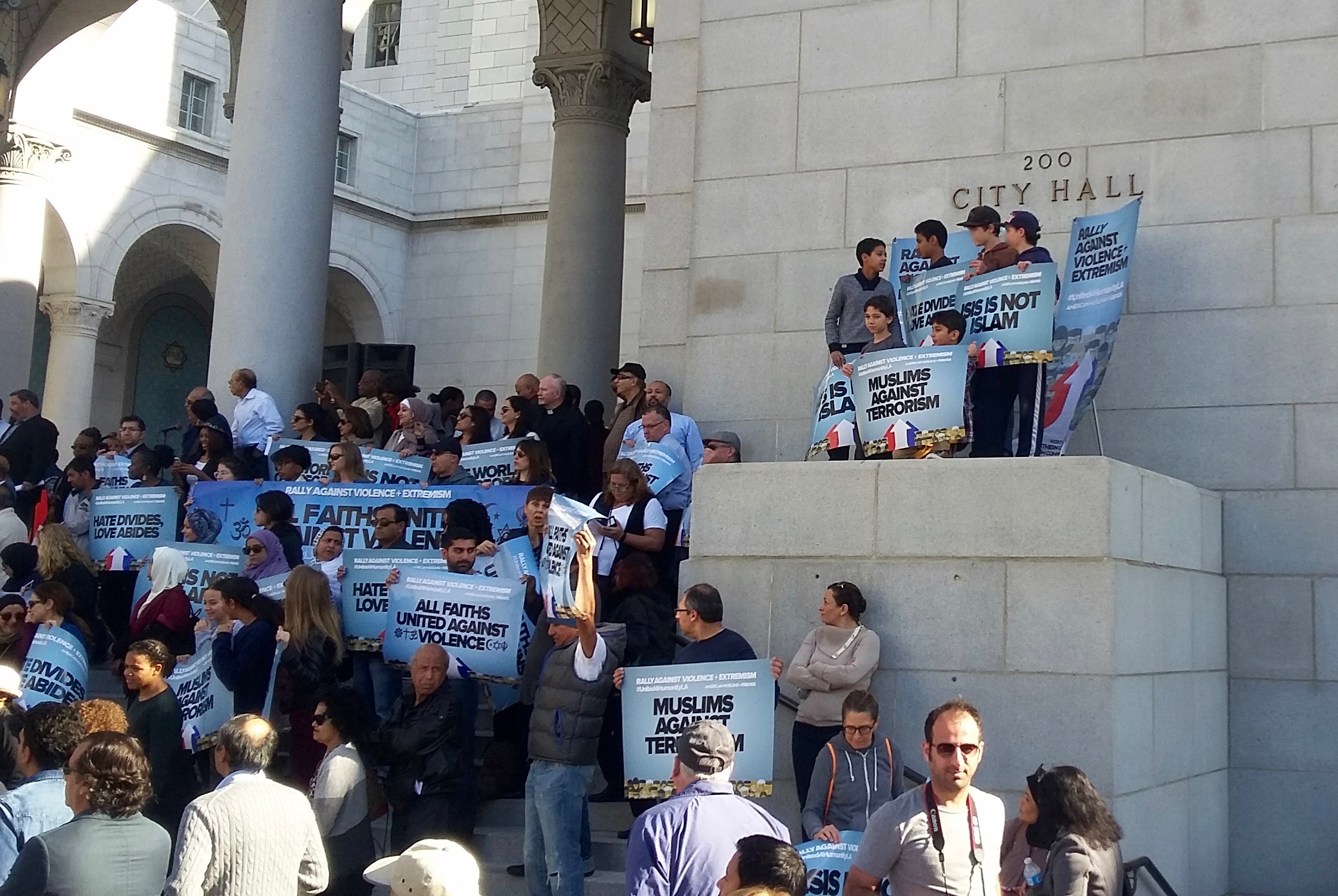 In the weeks following the recent presidential election, many observers have lamented the proliferation of fake news, the fragmentation of communities on social media and the emboldening of those who harbor prejudice. These developments aren’t like hurricanes or earthquakes—disasters beyond the control of human agency. They are the product of the feedback loop between news consumers’ appetites and the strategies of the media outlets that strive to fill them.

At a time when many non-Muslim Americans are conditioned to fear Muslims by the news media that they consume, that “false ordinary” is precisely the bubble that responsible journalists must strive to rupture.