The Roaring 20s: Religion Trends to Watch in 2020 and the Next Decade

The Roaring 20s: Religion Trends to Watch in 2020 and the Next Decade

The 1920s was a decade of change, and we see the 2020s as reminiscent of the cultural flux of that period.

When people think of the 1920s, many imagine a golden era filled with flappers and Jazz, solo flights across the Atlantic, greater freedoms for women, a nascent movement for African American civil rights and a boom-time for capitalist expansion.

This period of ferment also included profound cultural conflict as populations adjusted to the rapid changes occurring around them. The 1920s saw the rebirth of the Ku Klux Klan, the rise of a fundamentalist Christian revival centered on race, gender norms and resistance to science, and the ascendance of Communism and fascism in Europe. The decade ended with the stock market crash of 1929, which precipitated the Great Depression.

As we enter the 2020s, we are seeing equally formidable challenges ahead.

Many of the ominous signs on the horizon are similar to portents that marked the beginning of the 1920s—rising nationalism, antisemitism, racial polarization, anti-immigrant sentiment, tensions between scientific knowledge and religious belief, and potentially globe-shaking consequences of unchecked capitalism. The recent bout of violent chest-thumping between the governments of Iran and the United States highlights our main headline for the new decade: The Present Echoes the Past.

Progress is tempered by entrenched battles fought along familiar lines:

Given the resonance between the 1920s and the 2020s, we anticipate that another great crisis—whether political, cultural, economic—will test our values and beliefs in the coming decade. If we humans don’t come to terms with the large-scale shifts that we’ve caused in our climate and adjust the way our societies sustain themselves, the crash this time may be ecological as well as economic.

Other developments for the 2020s that we see in our crystal ball:

Spectacle and Charisma will Dominate Religion and Politics

Institutional religion will continue to decline, but believers will flock to spectacles that offer distraction rather than depth (e.g., Hillsong and similar iVangelical brands, which we describe in our “Varieties of American Evangelicalism”) and to groups that coalesce around charismatic leaders who offer easy answers to vexingly complex questions. For example, the Australian Prime Minister, Scott Morrison—a Pentecostal who described Hillsong’s founder as his “mentor”—has dismissed the need for aggressive action on climate change, since the fate of the planet is entirely in God’s hands.

In the US, the improbable relationship between Donald Trump and Kanye West embodies these trends. Their first meeting seemed like a political about-face for West, who had declared that “Bush doesn’t care about Black people” after the last Republican administration’s bumbling and indifferent response to Hurricane Katrina. Then, in 2018, Kanye visited “his friend” at the White House, boldly sporting his MAGA hat, which shredded his credibility among African Americans and bolstered Trump’s “cool cred” with his political base.

More recently, Kanye launched his “Sunday Services,” backed by his 150-voice choir, The Samples. While Kanye’s claim is that he wants to share his renewed faith with everyone, it was evident that his fame more than his faith was the draw for the crowd at the Great Western Forum when he released “Jesus is King,” his gospel album. If Trump is reelected, it’s easy to imagine this spectacle leveling up; next time, expect all-caps presidential tweets as Kayne and the Samples hold a church service on the White House lawn.

The Young People Aren’t Going to Show Up

Democrats seem to be counting on the influence of Xennials, Millennials and newly-eligible-to-vote Post-Millennials in the upcoming election to help them to gain back the White House and the Senate—and hold on to the House of Representatives. But as young people have left institutional religion, they’ve also become less interested in established political institutions that embody divisions (liberal versus conservative, for example) that don’t reflect their shifting values and beliefs.

Although Millennials say that they are concerned about a range of social issues, from marriage equality to immigration, their participation in politics lags far behind their professed commitment to socially progressive causes. The majority of Millennials are unaffiliated politically, and their supposed progressivism is really more like a benign libertarianism in which everyone should be allowed to be who they are (regardless of race or sexuality) and to believe in whatever works for them. Further, their perspective on politics and politicians is that they’re all corrupt. So, don’t expect a big rush to the polls from Millennials. 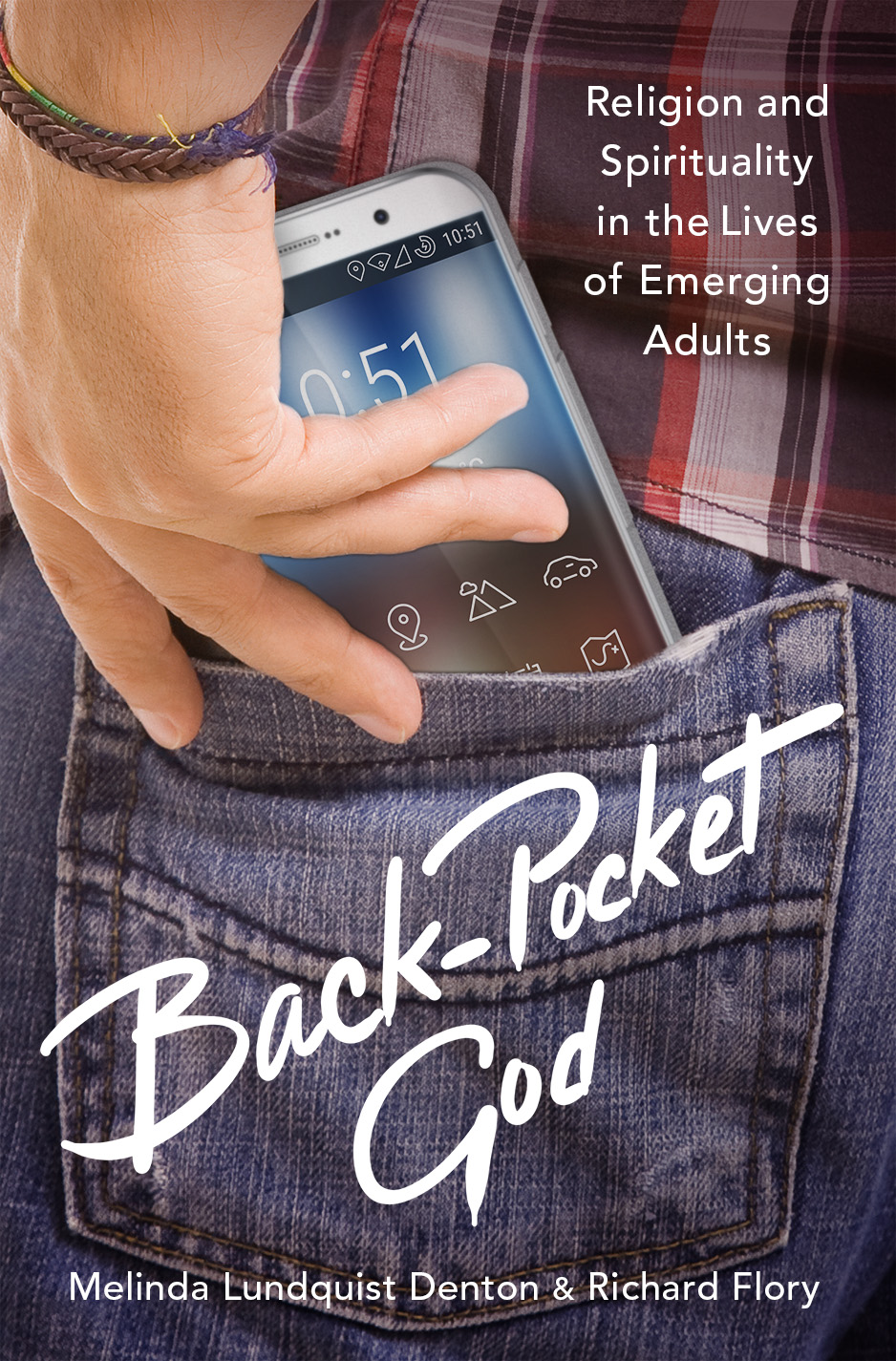 They will continue to express their social liberality, but few of them will actually engage with social and political institutions that can actually bring about change, at least in the near term. As we get deeper into the decade, a collective emotional crisis may compel over-wired young people to seek new sources of purpose, meaning and stable identity. Or a future iteration of Bernie Sanders’ anti-corporatist campaign may galvanize enough newly eligible voters to transform generational apathy into activism.

For more on this, see Melinda Lundquist Denton and Richard Flory new book: Back Pocket God: Religion and Spirituality in the Lives of Emerging Adults (Oxford University Press, April 2020).

Fragmentation of Identities Will Reinforce the Power of the Already Powerful

The stressors of a broader culture increasingly in crisis will deepen the divisions between the complex array of American evangelicals that we identified in our report on five varieties of American Evangelicals. Christianity Today’s condemnation of the current president—who enjoys unwavering support among a large segment of the white evangelical electorate—highlights the sharp lines that separate even some of the more conservative factions within the evangelical movement.

On the less conservative side of the evangelical spectrum, we predict that Peace and Justice evangelicals (the Sojourners crowd) and proponents of Kingdom Theology (organizers at Laundry Love, for example) are likely to find common cause with one another. Perhaps they will merge into a post-evangelical, “redemptionist” Christian movement. As we’ve augured before, such a movement would be anchored by multi-ethnic and multi-class congregations in urban centers, a politics that favors neither Republicans nor Democrats and a theology that focuses not on the End Times, but rather on improving the spiritual and material lives of people in the here and now.

Meanwhile, movements like Black Lives Matter and #MeToo have helped to illuminate the ways in which the dominant culture creates unjust privileges and other forms of oppression. They have also dovetailed with trends—cancel culture and call-out culture, for example—that deploy social media to shame people who transgress the shifting orthodoxies of identity-based politics. This increasing social fragmentation can thwart the kind of larger coalition-building needed to affect the systems that most progressive activists want to change. This inability to sustain power-building movements shows that the religious and political left is far from indivisible.

In keeping with some of our other predictions in recent years, watch for the rise of left-wing micro-cults around charismatic leaders that will fall as quickly as they rise, propelled by lofty promises and eager for the spotlight—and quelled by cancel culture, hubris and the stark reality that no one individual or group can solve problems requiring the focus and willpower of millions.

Still, there are a few upsides to the identity-based fragmentation of the left. LGBT people, long ostracized by institutional religion, will come to dominate what remains of mainline Protestantism. And many African Americans, who see the Black Church as a repository of crypto-racist ideology, will undertake pilgrimages of return to traditional African spirituality, echoing Marcus Garvey and his Black Star Line of the 1920s.

Hope for Decade Ahead: The Birth of a New Global Ideology of Climate Action

The general consensus among climate scientists is that, within the next decade, we will see irrefutable—and catastrophic—proof of humanity’s buggering of the global ecosystem. Whether in the form of a devastating heat wave, cataclysmic hurricane or rapid desertification, some profound shock is going to force change on our unsustainable systems of governance and economics. But this kind of change is implausible—perhaps impossible—without an equally profound change in how we envision ourselves, our planet and even the cosmos. 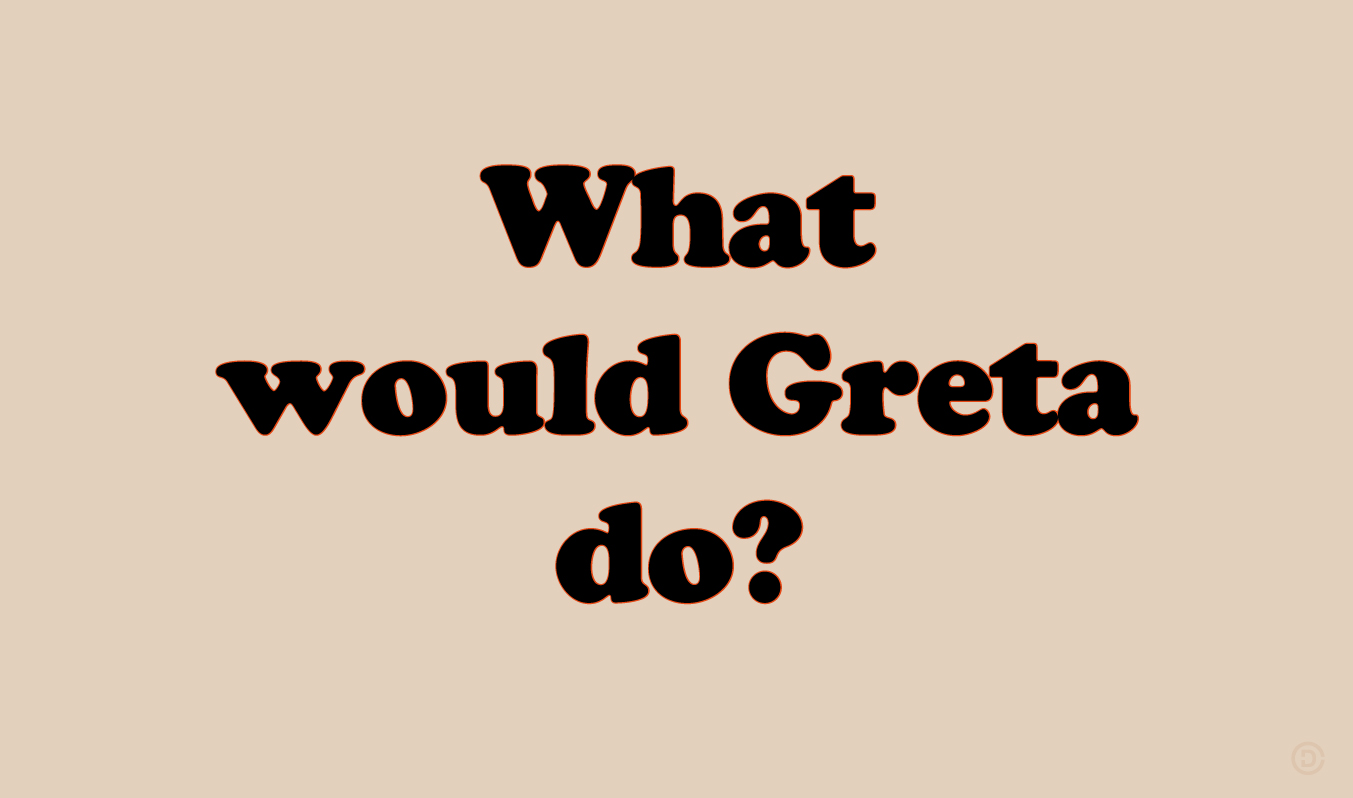 We are already seeing the early stirrings of a global ideology of climate action, led by forward-looking local coalitions in a constellation of urban areas as well as by small, networked groups of young people and indigenous communities. This ideology sees humanity as connected not only with each other, but also with all of life on Earth—in other words, our own fate is linked with the fate of other animals as well as plants and even microorganisms. The outlook of this incipient movement’s leaders is pessimistic, at least in the near term. But those who embrace it are relentless, demanding both personal and collective action. “I want you to feel the fear I feel every day,” Greta Thunberg, TIME’s person of the year, said at the World Economic Forum. “And then I want you to act.”

Perhaps the most notable religious leader to voice similar views is Pope Francis, whose writing on the environment seeks to upend Christianity’s anthropocentric view of creation. There are also lesser known faith-based activists who are pursuing green agendas, as we’ve seen in our project on engaged spirituality.

But the inertia of capitalism is almost impossible to change, at this point, mainly because imagining what replaces it takes us into the realm of speculative fiction—and the farther reaches of spiritual imagination. Still, change we must.

In the meantime, we predict that the divisions between us will harden. Until calamity compels us to overcome our divisions, we’ll hunker down in our bunker, pop some popcorn and don our tinfoil hat.