The American Muslim Civic Leadership Institute (AMCLI) has developed a series of three case studies that American Muslim leaders and community groups can use to prompt discussion on racial justice issues. These were written by AMCLI fellows as part of a series of conversations call AMCLI Listens: Towards Racial Justice in Muslim Communities.

The police-involved killings of George Floyd and Breonna Taylor in 2020 sparked a wave of demonstrations and civil unrest to demand an end to police brutality and racial injustice. The movement also sparked conversations about racial justice among American Muslims–about the tradition of social justice in Islam that is rooted in spirituality, the experiences of Black Muslims within and outside of Muslim communities and the roles of non-Black immigrant Muslim communities in both perpetuating and countering racism.

As part of the AMCLI Listens series, AMCLI invited select alumni to submit case studies that explore a case of repair and harm around racial justice issues. Each case study selected succinctly presents a real-life problem/scenario, the actors involved in the case, how they responded to the problem/scenario, and what the resolution/solution was.

Cases are not perfect examples. Rather, they often present unresolved issues or issues with complicated results. They give groups the opportunity to discuss alternate scenarios, precipitating factors, and socio-economic or political factors. Those engaged in conversation about case studies can learn from real-life scenarios, exploring options for new solutions, troubleshooting problems, and learning in real-time based on real life.

The AMCLI Listens case studies are written by civic leaders and faith-based organizers with years of experience working with diverse communities on a range of important racial justice concerns, such as gentrification; diversity, equity, and inclusion; repairing harm between communities; and community development.

The case studies are available as PDFs at the following links. We encourage you to download the PDF, print it off and bring it with you to a community meeting. Each case includes discussion questions to prompt conversation.

With these case studies, community leaders can prompt discussion on the following themes and questions:

AMCLI Resources have been created with the aim of fostering community dialogue around issues of importance to racial justice and equity.

Case studies are narratives that feature real-world situations, bounded by a particular time, space, and actors. Case study research is consistently described as a versatile form of qualitative inquiry most suitable for a comprehensive, holistic, and in-depth investigation of a complex issue (phenomena, event, situation, organization, program individual, or group) in context, where the boundary between the context and issue is unclear and contains many variables.

Case study research can be used to study a range of topics and purposes however, most case studies are used to help understand complex phenomena. Primarily exploratory and explanatory in nature, the case study is used to gain an understanding of issues in real-life settings and can be used to decipher recommendations for future scenarios along with best practices. Case studies are often used in discussion to help groups discover best and worse case scenarios, problem-solve based on success and failures, and think through extraneous factors that may not have been considered that can assist in the implementation of future plans.  Case studies are also incredibly useful in surfacing variable contextual factors including political, economic, social, cultural, historical, and/or organizational factors.

A case study may take on different forms including: illustrative, exploratory, cumulative, and critical.

Case studies can be useful in facilitating dialogue and engaging in inquiry that surfaces multiple perspectives to complex events, actors, or issues.

The AMCLI Listens series was intentionally curated to allow fellows the opportunity to share and reflect on the impact of racism on them and their communities while creating discussions around the emerging and existing needs of American Muslim communities fighting for racial justice.

The AMCLI Listens sessions were co-facilitated by AMCLI fellows, Hind Makki (AMCLI 1) and Quaiser Abdullah (AMCLI 7), and recruited the expertise of a number of AMCLI fellows in the network to participate in panel discussions, provide presentations, and craft case studies based on their work in the field.

About the AMCLI Listens co-facilitators 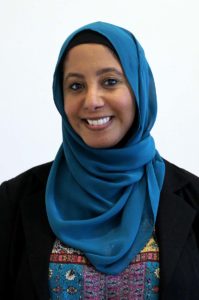 Hind Makki is an interfaith and anti-racism educator who holds a degree in International Relations from Brown University. A former fellow of the American Muslim Civic Leadership Institute, Hind is the founder and curator of Side Entrance, an award-winning website documenting Muslim women’s prayer experiences. She is an Educator with The Institute for Social Policy & Understanding, and was an advisor to their “Reimagining Muslim Spaces” study, consulting with American mosques on gender and racial diversity. In 2018, Hind was featured as one of CNN’s 25 Influential American Muslims. Hind serves on the advisory boards of the Br. Jeffrey Gros, FSC Institute for Dialogue, Justice, and Social Action at Lewis University and the Chicago History Museum’s exhibit “American Medina: Stories of Muslim Chicago and is a member of the MASA Consultative Circle for Shoulder2Shoulder, a national interfaith organization. 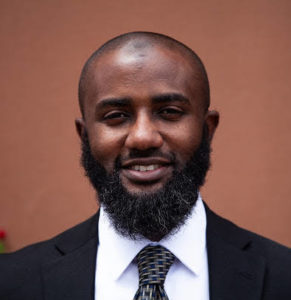 Quaiser Abdullah, Ph.D. is an Assistant Professor in the Communication and Social Influence department in Klein College of Media and Communication at Temple University. He primarily teaches courses on conflict resolution and communication. Quaiser is the faculty advisor for the Muslim Student Association at Temple. He is a board member of the Interfaith Center of Greater Philadelphia, and the Association of Muslim Chaplains. He also serves as Police Chaplain for the 18th District in the Philadelphia Police Department, sits on the Mayor’s Commission for Faith-Based and Interfaith Affairs and is on the District Attorney’s task force focusing on Truth, Justice and Reconciliation Commission. Quaiser does consulting and training through his own company, Statera Coaching and Leadership Consulting. Quaiser is a certified Conflict Resolution in Education trainer, professional coach, conflict coach, Positive Discipline Educator and a trained mediator in the area of Transformative Mediation, with a focus on family, divorce and custody mediation. Quaiser’s also serves as a co-convener of the new Muslim Coalition for Criminal Justice Reform established in 2020 in Philadelphia.