In 2006, a group of Muslim civic leaders came together and shared ideas, stories, disappointments, and triumphs. They developed a renewed sense of community and cultivated a shared belief that their civic work, if strategically nurtured, could lead to a vibrant and civically engaged Muslim community in America. The American Muslim Civic Leadership Institute was born out of that meeting. Over the past 15 years, AMCLI has actively supported and unlocked the leadership potential of generations of American Muslim civic leaders who are able to fully engage co-religionists, constituents, and fellow citizens in the work of building better communities for all. 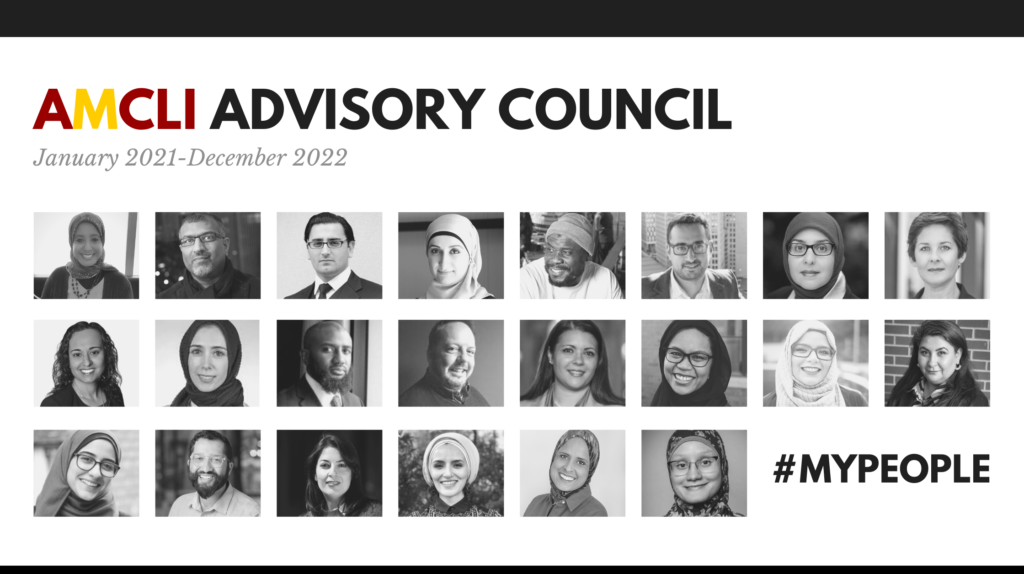 AMCLI is excited to share with you the members of the inaugural AMCLI Advisory Council.

As we celebrate our 15-year anniversary, AMCLI’s role in increasing the capacity and success of Muslim civic leaders from across the United States is undeniable. We’re excited to continue the future work of building and unlocking the potential of emerging American Muslim leaders.

This article was originally published in The Christian Science Monitor, with the support of CRCC’s global project on engaged spirituality.  MAIDUGURI, NIGERIA — One morning in May, Zina Mustapha stood before her 20 ...
Emmanuel Innocent Eteng
Article

This article was originally published by Religion News Service, with the support of CRCC’s global project on engaged spirituality.  CONCORD, Calif. (RNS) — Sayed Hashmi, an Afghan citizen, did not want to leave his ...
Diane Winston
Article

This story was originally published by Religion Unplugged, with the support of CRCC’s global project on engaged spirituality. PANKISI, Georgia— Off the beaten path and between the thickly forested Caucacus mountains bordering Russia ...
Clément Girardot and Julien Pebrel
Video

The USC Center for Religion and Civic Culture celebrates 15 years since AMCLI began as a seed of an idea. The American Muslim Civic Leadership Institute builds the capacity of emerging Muslim ...
Commentary

In the rugged landscape of the Kotayk Province of Armenia, Geghard Monastery rises from an amphitheater of steep cliffs like a revelation. Even the long trek to the monastery complex, surrounded by ...
Priyadarshini Sen
show more
Read this next

This article was originally published by the KAICIID Dialogue Centre, with the support of CRCC’s global project on engaged spirituality. Inheriting a father’s legacy is never easy — especially when that father ...
Ken Chitwood