On March 13, 2020, word started to spread that life in Los Angeles was going to change. Initially, it was thought that we would all be locking down as a short-term measure to flatten the infection-rate curve and get COVID-19 under control before it overran the region. School teachers cheerfully said, “I’ll see you in a couple of weeks,” as they dismissed their classrooms for what they thought would be only a momentary interruption. Those weeks stretched into months. As the curve continued to curve upward, the country erupted into protest over the murders of Brianna Taylor and George Floyd, and the end-point of the lockdown seemed to stretch ever farther toward the horizon. The summer offered a little glimmer of openness, as some outdoor dining and beaches and trails were reopened, though with new requirements like wearing masks and keeping distanced from each other baked into how we negotiated those familiar but now changed social spaces.

Some people rebelled against the restrictions, others were quick to adapt, and everyone struggled in some way with how to respond to a world whose baseline of normal had been upended.

The fall brought even greater challenges, as the new normal set in and schools, businesses, restaurants and congregations remained in a state of altered operations.  The uncertainty of the 2020 election and the protracted period of post-election upheaval lasted longer and became more violent than most could have imagined. Yearning for community, family and time to be together again brought a post-Thanksgiving COVID-surge and made Los Angeles the global epicenter of the pandemic. The first supply of the new vaccines arrived shortly before December 17, when two people per hour were dying from COVID-19 in Los Angeles County.

As the one-year anniversary of the lockdown and our upended world approached, we commissioned a series of writings from faith leaders in Los Angeles, asking them to give voice to their experience and offer their reflections on the challenges and hopes of their communities after a year of this new way of walking through life. CRCC developed this content in partnership with Take Two of KPCC, which aired audio excerpts from several submissions the week of March 15, 2021.

Moving into the second year of the pandemic, hope for some type of normalcy remains high, and grief for the toll on the social fabric and the immense loss of life over the last year is ever-present. We offer this report in the spirit of giving voice to those challenges and hopes, those heartaches and triumphs so that we can navigate the uncertain waters on the horizon.

Here are the reflections from faith leaders in Los Angeles on the COVID one-year anniversary of the lockdown: 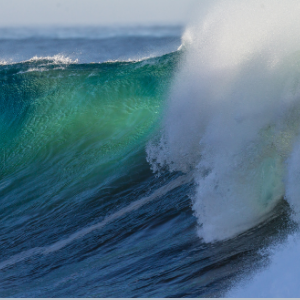 Psalm 89:9
You rule the swelling of the sea;
When its waves rise, You still them.

So often we think of imagery, metaphors and symbols that relate to water when we think of our faith. Water is truly the essence of life as we process what the earth is made up of, what the body is made of and how we eliminate toxins in the body. We can often become dehydrated, both in the spiritual sense and the physical sense, and long for something fresh, something new, something life-giving to wash over us. Have you ever been in this place where the well ran out, where your heart just hurt or you couldn’t quite understand why your reality felt like it was lacking a little something or a whole lot of something? 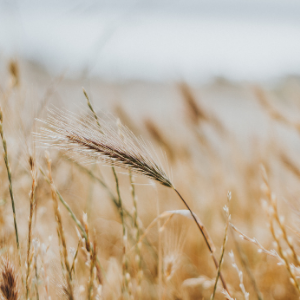 I turned to my rabbinic colleagues earlier this year and sighed. We had just completed our 23rd funeral in four weeks due to COVID-19, and it was all starting to feel like it was just too much. “Take care of yourself,” my Senior Rabbi Ed Feinstein said. “We still have a long road ahead.” As I walked to the car, wanting so badly to hug our congregants who had lost their mother, I could sense how very stricken they were. It turns out that even the indomitable N95 mask isn’t strong enough to filter out grief. I looked out over the valley in which I live and thought, “Is this really the new normal?” 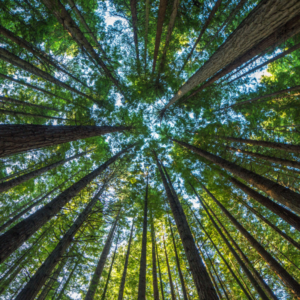 “The Greatest Blessing: Skillfully Responding to the Situation” by Venerable Sanathavihari

Sangha is the glue that holds the Buddhist practice together. During these challenging times, Buddhist practitioners have found it difficult to be separated from their Sangha. The most common question and comment from Buddhist practitioners during COVID times has been, “When is the temple opening up again?” or “I miss going to temple.” Since the Buddha’s time, Buddhists have sought a place of refuge to come together and both listen to and practice the Dharma. Having a place where the Sangha can meet is an invaluable asset to all Buddhists. This is especially the case for immigrant Buddhist communities, in which Buddhist temples are not only a spiritual refuge but also a cultural and familiar refuge. For many immigrant Buddhists, the temple is the axis of their ethnic communities. For these Buddhists, there is no division between the spiritual and the secular; their entire worlds converge at the temple, where the Sangha comes together. 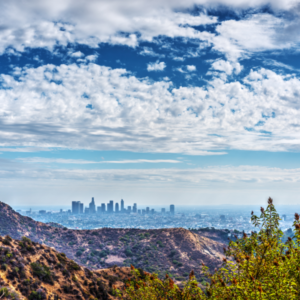 “Suffering Does Not Have the Last Word” by Rev. Mandy McDow

A little over a year ago, I was preparing to offer communion to my congregation. Los Angeles First United Methodist Church owns land on the corner of Flower and Olympic, near the Staples Center. We met outdoors under pop-up tents in the middle of our beloved, drowsy city, and on a gray January day, our parking lot was beginning to fill up with sleek black vehicles transporting attendees to the Grammys. As I approached the first parishioner to offer him the communion elements, he whispered over the low din of traffic: Kobe Bryant is dead. 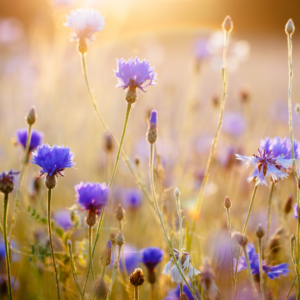 “The Help of God is Near” by Chaplain Sondos Kholaki

Bismillah al-Rahman al-Raheem. In the name of God, the Most Compassionate, the Most Merciful.

Serving as a healthcare and community chaplain, I have the immense honor to accompany our brothers and sisters in humanity in seeking to make sense out of suffering, pain and crisis. Those in crisis may ask questions like, “Why is this happening to me,” or, “Where is God in all of this?”

The most important gift we may provide to ourselves and others is a willingness to hold space for these questions. Rather than assume a lack of, or instability, in faith, can we begin to hear these questions as representing a process to interpret the crisis to regain direction. 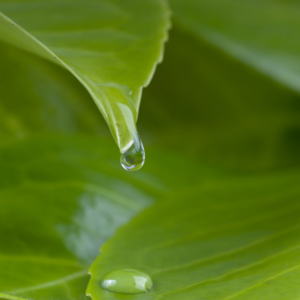 “Living to Serve” by Sarbjit Singh

My name is Sarbjit Singh and I am a social activist for the Southern California Sikh community. I want to share my reflection regarding COVID-19 and what I have learned throughout lockdown–specifically, what the Southern California Sikh community has faced. One of the main concepts in Sikhism is Sangat–the collective spirit of Sikhs as manifested through collective actions and represented at both local and global levels through community outreach. Due to the strict lockdown orders, the Sikh Sangat was not able to meet for weekly congregations at the Gurdwara (Sikh temple). The Gurdwara is a place where the community prays together, cooks together and learns about Sikh religious values. This really affected the children and elderly, who always looked forward to going to the temple. 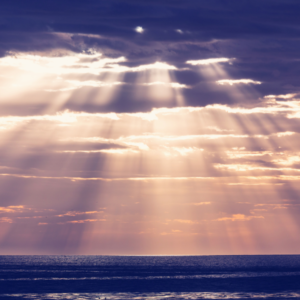 “Making It to the Other Side” by Rev. Dr. Najuma Smith-Pollard

In Luke 8:22 we learn that one day Jesus said to his disciples, “Let us go over to the other side of the lake.” So, they got into a boat and set out.

The other side feels so far away!

Several years ago, I had the privilege of traveling to Egypt and Israel. On the trip, we took a boat ride across the Sea of Galilee. It was the sea that Jesus traversed a few times with his disciples. The purpose of the boat trip was to give us a sense of how long they would have been at sea and how the miracles would have played out for Jesus’ disciples. What should have been a simple two-hour boat ride turns into an overnight fiasco for the disciples, as an unexpected storm rises up and delays their travel. It made sense on that trip why the disciples lost hope when faced with storms, winds and rain: All they wanted was to get to the other side. 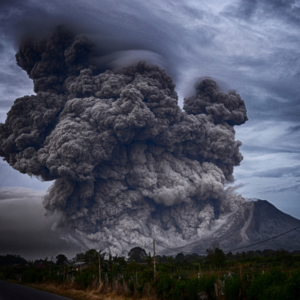 “Despite All These Things” by Vanessa Gomez Brake

In January of 2020, Taal Volcano in the Philippines began to erupt. At the time, I thought that would be the scariest thing my family would ever have to endure. Of course, I was wrong. My family watched as red flames and black smoke rose overhead, sweeping away the ash as it covered their homes and the whole landscape. They were able to put distance between themselves and the volcano. Yes, the fish would rise to the top of Taal Lake, being suffocated by ash. Even their livestock would perish on the farm. But everyone got out of town safely, taking refuge at my mother’s house, 20 minutes away. 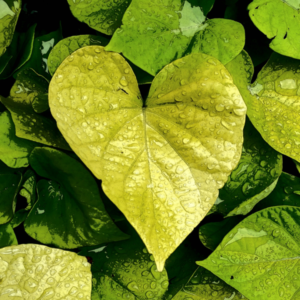 I was reared in the Catholic tradition, born here in Los Angeles of Mexican heritage. My faith has grown over the years, going to Catholic schools and praying the scriptures daily.  However, more than what I’ve learned in church sermons and spiritual reading, it’s what I observed from my parents day by day when I was a child that is the foundation for my faith. And so my faith lies in a loving God, not a God who sits on a throne constantly judging me. Faith in a loving God is what I carried into the COVID-19 pandemic a year ago. 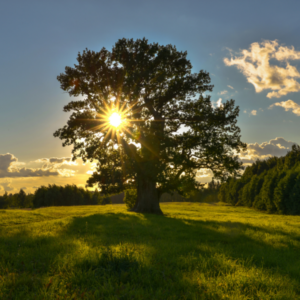 “Staying in the Game” by Pastor Eddie Anderson

My sisters and brothers, I stand before you this morning as we embrace the new year to remind you that despite the stings in life it is still worth it to play the game. In spite of the hurts of 2020 and the coldness of heart put on display across our nation punctuated by protest, pandemic and provocations that elicited great joy and pain. It is still worth playing the great game of life. Paul reminds us that the race is not given to the swift or to the strong but to those who endure until the end. 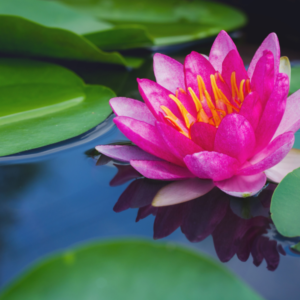 “Constantly Attuning the Mind to God: Reflections on a Year in Lockdown” by Brother Balananda

The founder of Self-Realization Fellowship, Paramahansa Yogananda — who is widely regarded as the Father of Yoga in the West — shared this prayer-affirmation: “Dear Father, whatever conditions confront me, I know that they represent the next step in my unfoldment. I will welcome all tests because I know that within me is the intelligence to understand and the power to overcome.”

Psalm 89:9 You rule the swelling of the sea; When its waves rise, You still them. So often we think of imagery, metaphors and symbols that relate to water when we think ...