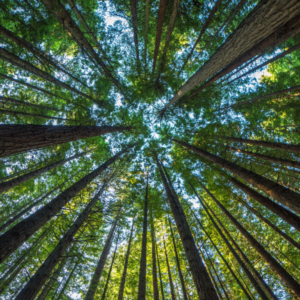 Sangha is the glue that holds the Buddhist practice together. During these challenging times, Buddhist practitioners have found it difficult to be separated from their Sangha. The most common question and comment from Buddhist practitioners during COVID times has been, “When is the temple opening up again?” or “I miss going to temple.” Since the Buddha’s time, Buddhists have sought a place of refuge to come together and both listen to and practice the Dharma. Having a place where the Sangha can meet is an invaluable asset to all Buddhists. This is especially the case for immigrant Buddhist communities, in which Buddhist temples are not only a spiritual refuge but also a cultural and familiar refuge. For many immigrant Buddhists, the temple is the axis of their ethnic communities. For these Buddhists, there is no division between the spiritual and the secular; their entire worlds converge at the temple, where the Sangha comes together.

So, what can we do now that we are approaching and have endured about a year of being separated from our Sanghas, not being able to meet at the temple? As we Buddhists know, the Buddha was a master of skillful means, quick to adapt to new situations, and the exemplary embodiment of patience and endurance. For instance, during the time of the Buddha, when the community was faced with a famine, the Buddha allowed his monastics, who traditionally only lived on the alms-food offered by the laity, to take part in a meal-ticket system that the king had set up as a relief effort. Here we can see how both the Buddha and the Sangha were quick to adapt to changing circumstances, and in a similar way, although we as Buddhists rely on seeing each other at the temple, we can now take advantage of and adapt to new mediums of coming together. Since the onset of the COVID-19 stay-at-home orders, various Buddhist organizations started taking the practice online. Zoom, Facebook live and YouTube are just a few examples of where Sanghas come together nowadays. Quite interestingly enough, when it was time for the Buddha to pick the type of bowls that Buddhist monastics would use, the Buddha picked the newest technological innovation in bowls, which was the black earthenware bowls. In a similar spirit, we can be quick to take on new innovations that allow us to be together, although we may be physically apart. Buddhists have a long history of being able to adapt and harmonize with new times and places, and it is this adaptability that has allowed Buddhism to endure for over 2,500 years and to have spread throughout the world.

Here unmoved means not agitated, distraught, afflicted or reactionary to things in the world. This is not a call to inaction, however, but an effort to see things clearly in difficult situations. Only when our minds are centered, composed and open can we properly and skillfully respond to difficult situations when they arise. This mental equipoise grants us the wisdom and power to intelligently manage the vicissitudes of our lives.

Read more about: COVID
Part of a report:

“Suffering Does Not Have the Last Word” by Rev. Mandy McDow

A little over a year ago, I was preparing to offer communion to my congregation. Los Angeles First United Methodist Church owns land on the corner of Flower and Olympic, near the ...