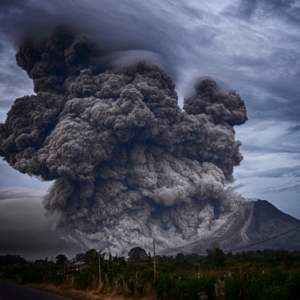 In January of 2020, Taal Volcano in the Philippines began to erupt. At the time, I thought that would be the scariest thing my family would ever have to endure. Of course, I was wrong. My family watched as red flames and black smoke rose overhead, sweeping away the ash as it covered their homes and the whole landscape. They were able to put distance between themselves and the volcano. Yes, the fish would rise to the top of Taal Lake, being suffocated by ash. Even their livestock would perish on the farm. But everyone got out of town safely, taking refuge at my mother’s house, 20 minutes away.

In 2020, the twin pandemics of COVID-19 and racial injustice would take a bigger toll on our family.

Last April, my cousin Tina was leaving an Asian grocery near her home in Arizona. She didn’t notice a man in the parking lot, but he took notice of her. As she got into her car, he also climbed into his. As she pulled out of the parking lot, so did he. He followed her, and when the light turned red, he hopped out of his car and bashed in her brake lights. She screamed, then drove away as fast as possible–putting as much distance as she could between her and her perpetrator. The crime would go unreported.

At what cost does this self-effacement come? When violence against our being is diminished such that it is unworthy of attention–by the authorities and even our families. I listened as my family convinced me they were okay, that it was no big deal, that the brake lights had already been fixed the next day. What does one do with this grief, of being a target because of one’s race? “It’s not that bad,” is what my Mom used to say, just as she would describe her experience of immigrating to Arizona in the early 1970s. She doesn’t talk about the discrimination she faced, because it’s “not a big deal.” Yet, I know the truth–that Asians are perpetual foreigners in this country, never truly achieving status as Americans.

Always on the outside.

When COVID-19 arrived on the West Coast, two of my aunts were working full-time in an elder homecare facility. Have you heard the numbers? Although Filipino nurses make up just 4 percent of the nursing workforce in the U.S., they constitute one-third of nursing deaths. In May, one of my aunts, who is over 60 years old, visited an urgent care center for a cough that was getting worse. Within an hour of her visit, she was rushed to the nearest hospital, with a positive COVID-19 test. The next day, she was no longer responding to text messages or calls. She was no longer able to use her phone, as she had consented to being put on a ventilator. She spent two weeks on that ventilator and survived, with side effects that are lingering to this day.

2020 was a year for confronting broken systems and embracing family and friends from afar. 2020 offered a lesson on giving into the chaos. Acknowledging the things we have no control over and making the best with the realms of influence we do have.

As a secular humanist, I believe in good, and that it is my responsibility to bring about good in my one and only lifetime. Humanists tend to pray with their hands and feet–not to a higher power, but by being of service, wherever their values can be put into action. So, although I could no longer physically go to work during the pandemic, I COULD go to the corner to help pack items at the local food pantry. Although I could not see an end to police violence, I COULD show up to a Black Lives Matter protests with my secular sangha–showing our support and elevating the voices of Black leaders.

There is no way to make sense of chaos. But a year into the pandemic lockdown, I have found strength in deepening my relationships with family and friends, loved ones who sustain me through the grief of this time. I found hope in the creativity of human beings, who despite “all the things” (loss of loved ones, loss of jobs, loss of homes, etc. )–despite all these things, are generating new ways of being and thriving.

While I may not believe in a God or higher powers, I do believe in humans and our ability to problem-solve creatively–such as the world’s scientists racing to create a vaccine; to BLM capturing the heart and attention of the world; and to all those home bakers and gardeners, becoming experts in sourdough cultures or growing their own greens.

It is this human ability to create, that continues to bring me hope.

Read more about: COVID
Part of a report:

I was reared in the Catholic tradition, born here in Los Angeles of Mexican heritage. My faith has grown over the years, going to Catholic schools and praying the scriptures daily.  However, ...