In this tip sheet, you will discover foundational information to help you interact with Mormon leaders. It is part of a set of tools and training for FEMA to help disaster response professionals engage with faith communities. Much of the information also can help students, researchers, government agencies, non-profits and businesses learn about and develop relationships with communities. Click here for the PDF version of this tip sheet. 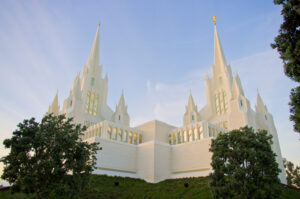 Lay Leaders
Local churches are led and staffed by unpaid lay leaders. Branch presidents and Bishops have similar roles including both spiritual and administrative duties. Both are assisted by two counselors.

Melchizedek Priesthood: Worthy adult males who have received authority from God to perform sacred ordinances and to lead in the Church. Men who hold this priesthood belong either to the elders quorum or high priests group within a ward.

The Church of Jesus Christ of Latter-day Saints also promotes emergency preparedness and has a network of HAM radio operators in each ward to maintain communications in post-disaster or emergency settings.

Greeting
When introducing yourself to a religious leader, use formal religious titles unless instructed otherwise.

Physical Interaction
In approaching Mormon leaders, gestures common in the U.S. such as shaking hands are generally acceptable. It is also acceptable for men and women to shake hands.

Other
Ask before participating in worship services. Ushers can help with customs, dress, and etiquette.

Church of Jesus Christ of Latter-day Saints (LDS) is the main denomination. Smaller breakaway and reform denominations (which differ in governance and some points of belief and practice) do exist, both to the right and the left of the mainstream.

The Latter-Day Saints’ leadership has a hierarchical male priesthood and is organized as follows:

Scheduling and Holidays
Christmas (commemoration of the birth of Jesus) and Easter (feast marking the resurrection of Jesus) are important celebrations in the Church as well as national holidays.

Other Church-specific holidays include:

Mormons refrain from work on Sundays and scheduling meetings on Sundays should be avoided. Many Mormon families observe a family home evening weekly (often on Monday).

Dress for most Mormons and Mormon leadership is professional, conservative clothing consistent with western-style business attire. Church leaders typically wear ties and white dress shirts. Mormon missionaries can be identified by their black nametags worn on outer garments. Observant Mormons wear a sacred undergarment (temple garment) with short sleeves and kneelength legs, which is kept out of sight.

Responders and disaster recovery personnel should wear conservative clothing if attending services at a Mormon chapel. While there is no specific dress code required by Mormons for worship, Church members are generally counseled to wear their “Sunday best”.

Most adherents consider themselves Christian and are called Mormons or Latter-day Saints or Saints. The religion is called the Church of Jesus Christ of Latter-day Saints (also known as Mormonism). It derives from revelations received by the Prophet Joseph Smith in upstate New York, and set out in The Book of Mormon. It embraces many distinctive beliefs and practices.

In this tip sheet, you will discover foundational information to help you interact with Evangelical Megachurch leaders. It is part of a set of tools and training for FEMA to help disaster ...