In this tip sheet, you will discover foundational information to help you interact with Latino Protestant leaders. It is part of a set of tools and training for FEMA to help disaster response professionals engage with faith communities. Much of the information also can help students, researchers, government agencies, non-profits and businesses learn about and develop relationships with communities. Click here for the PDF version for the tip sheet. 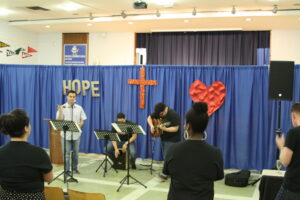 Most Latino Protestant congregations call their place of worship a church. Churches can be small storefront locations, traditional, or large-scale campuses with multiple buildings. Some Latino churches serve both English-speaking and Spanish-speaking congregations in the same building with separate services for each congregation. Some congregations may worship in members’ homes. Many congregations, especially those in urban areas, have had to move locations frequently due to expiration of leases or increasing costs of rent. Some may have limited signage or temporary signs posted only on Sundays.

NVOAD MEMBERSHIP AND CORE CAPABILITIES IN DISASTER
National Voluntary Organizations Active in Disaster (NVOAD) is a nonprofit, nonpartisan, membership based organization that serves as the forum where organizations share knowledge and resources throughout the disaster cycle. FEMA DSA team members should check with their VAL to determine whether local or regional VOADs exist in their operational area. While there
are no Latino-specific National VOAD members, many Protestant denominations with significant numbers of Latino congregations do have NVOAD affiliates. See the Protestant Leaders Tip Sheet for more information.

Also consider whether megachurches (over 2000 members) are located in the affected area as they are likely to have social service programs. Many smaller Latino congregations are also involved in day-to-day social needs of their members such as clothing, food, health care, and housing.

Greeting
When introducing yourself to a religious leader, use formal religious titles unless instructed otherwise. Congregations members of baptized age may greet each other as “hermano” (brother) or “hermana” (sister).

Physical Interaction
Shaking hands, hugging, and kissing on the cheek is common in most Latino Protestant denominations. In certain conservative denominations it may not be readily accepted for members of the opposite sex to shake hands or embrace. 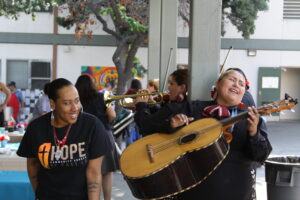 Governance structures range from small congregations that are completely self-governing to networks of small churches that affiliate themselves with one of the larger megachurches. The single largest denomination among Latino Protestants is the Assemblies of God. It has 14 “Hispanic Districts” served by the liaison Office of Hispanic Relations to the national office. Other Latino Pentecostal denominations include: Apostolic Assembly, Concilio Latino Americano de Iglesias Cristianas (CLADIC), El Concilio Latinoamericano Internacional de la Iglesia de Dios Pentecostal de Nueva York (CLANY) and the Asamblea de Iglesias Cristianas. Some Latino churches are linked to denominations from the charismatic renewal movement, e.g. Vineyard and Calvary Chapel. Other denominations such as the Adventists, American Baptists, Methodists, Nazarenes, and Southern Baptists have a substantial number of Latino churches.

Scheduling and Holidays
Sunday is the Sabbath for most Latino Protestants (Saturdays for Seventh Day Adventists). On this day, members of particular Latino communities gather from all parts of a given city. With good relationship building and communication, pastors and their leadership may accommodate hosting a public agency if it is significant to the well-being of the community. Holidays include:

Food
Few general restrictions or requirements; check with individual leaders. Some denominations do take very seriously laws of fasting and abstinence, refraining from eating meat on certain days and limiting the quantity of food on other days. During the season of Lent, some denominations are required to abstain from eating meat on Fridays, but may eat fish. Most Latino Evangelicals choose not to drink alcohol.

Note on usage of “Latino”: The term “Latino” is used in this Tip Sheet as a term inclusive of both female and male disaster survivors of Latin American origin or ancestry residing in the U.S. While this term is used here, it is preferable to refer to each disaster survivor as he/she refers to himself/herself, whether it be through the word Latino/Latina, Hispanic, or a term specific to the survivor’s country of origin (e.g. Boriqua – Puerto Rico, Chicano/a – Mexico, Cubano/a – Cuba, Dominicano/a – Dominican Republic, etc.).

In the United States, about 68% of Latinos identify as Roman Catholic and 20% identify as Protestant. The percentage of Latinos that are Protestant is growing. Congregants’ countries of origin may include those from Central or South America, Mexico, and the Caribbean (Cuba, Dominican Republic, and Puerto Rico). More than half of Latino Protestants (57%) identify as charismatic or Pentecostal. While many continue to worship in Spanish, others attend non-Latino Protestant churches.

Many Latino Protestants also continue to place importance on indigenous traditions such as Santería (Cuban Americans and other groups) and Guadelupism (Mexican American Roman Catholics and some Protestant converts). Basic tenets vary between mainline protestant and evangelical protestant denominations, but generally include the following:

Click here for the PDF version for the tip sheet.

In this tip sheet, you will discover foundational information to help you interact with Orthodox Christian leaders. It is part of a set of tools and training for FEMA to help disaster ...