In this tip sheet, you will discover foundational information to help you interact with Protestant Christian leaders. It is part of a set of tools and training for FEMA to help disaster response professionals engage with faith communities. Much of the information also can help students, researchers, government agencies, non-profits and businesses learn about and develop relationships with communities. Click here for the PDF version for this tip sheet. 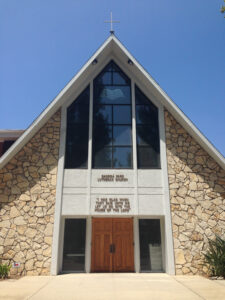 Many Protestants call their worship site a “church.” Some call it a meetinghouse; a few call it a cathedral (but may not use it in the same way as Catholics and Anglicans do). It is common for church buildings to have a steeple topped with a cross. Some Protestants meet in borrowed space (e.g. a school auditorium) or use a commercial space. Congregations can be small storefront churches or large-scale campuses with multiple buildings. 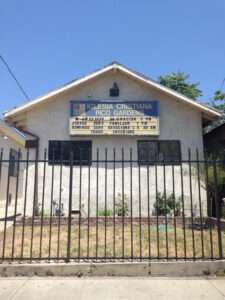 Each organization has distinct capabilities. Responders should check with an organization’s local affiliate or with its national office to confirm capacity and activities specific to each disaster situation.

Also consider whether megachurches (over 2000 members) are located in the affected area as they are likely to have social service programs. They may also have significant capabilities and/or disaster-related needs.

Greeting
When introducing yourself to a religious leader, use formal religious titles unless instructed otherwise (Father, Pastor, Reverend).

Physical Interaction
Shaking hands is common in most Protestant denominations. In certain conservative denominations it may not be readily accepted for members of the opposite sex to shake hands or embrace.

Other
When entering a Protestant house of worship, shoes are generally left on but men should remove hats or caps. Other than this general practice, traditions around dress codes for both sanctuary spaces and office spaces vary dramatically according to culture and geographical region of the country. In general, there are no rules about what one may wear or not wear. However, in some protestant denominations, sometimes based on ethnicity or tradition, visitors would be expected to dress semi-formally for worship services. This is true for example in many black Protestant congregations.

For some protestant denominations, e.g. Anglican/Episcopal, the sanctity of certain space/objects is taken very seriously. Ask before touching objects in the church or entering certain areas. Also ask before participating in worship services. In sacramental Protestant churches, do not take communion, unless you are a baptized Christian and an invitation is offered. Ushers can help with customs, dress, and etiquette. 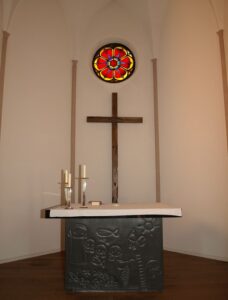 Some Protestant churches are part of a hierarchical governing structure (e.g. the Evangelical Lutheran Church in America; Southern Baptist Convention; United Methodist Church); others are part of a loose federation; still others are completely freestanding and independent.

Logistics
Avoid meetings on Sundays as it is the Sabbath for most Protestants. Some denominations may schedule a full day of activities on this day. Seventh Day Adventists observe the Sabbath on Saturdays. Be aware that many Protestant religious leaders take Monday as their day off.

As an umbrella term, Protestant Christianity covers an enormous diversity of denominations and sects. The list is long, and includes groups whose views and practices differ sharply with each other. Many Protestant churches are autonomous in their operation. Beliefs and practices can vary even within the same denomination. Meaningful generalization is difficult, but the following tenets are foundational and relatively consistent throughout denominations.

Click here for the PDF version for this tip sheet.

In this tip sheet, you will discover foundational information to help you interact with Roman Catholic Christian leaders. It is part of a set of tools and training for FEMA to help ...